Before the Weinstein epidemic, child star Corey Feldman had been very vocal about the abuse he suffered as a young actor. He alleged that there was an "underground pedophilia ring" in Hollywood ran by powerful men in the industry that he fell prey to.

Feldman didn't have much support when he decided to make these accusations public years ago. The actor claimed his life was threatened multiple times and it was hard for him to find work because the people he targeted wanted to silence him.

Since the recent sex scandals and sexual harassment stories have been making headlines, it seems that Feldman has become more determined to finish what he started. The actor created the Truth Campaign, a documentary series he plans to produce and film, that will shed light on the allegations he's been speaking on for the past few years.

In a previous interview with Dr. Oz, Feldman named actor Jon Grissom as one of the men who allegedly abused him. Grissom had starred with Feldman in the '80s classics License to Drive and Dream a Little Dream.

It was discovered that Grissom had spent some time in jail for molesting a child and is currently living in Los Angeles as a fugitive.

Now Feldman is giving up another name off of his list of alleged abusers.

Feldman is claiming that Alphy Hoffman, owner of Alphy's Soda Pop Club, which was a popular club for children 16 and under, molested him when he was 14 years old. Feldman recounted the incident on The Dr. Oz Show as he did with the Jon Grissom story.

"I don't know what I was given at that time, but I know that I was really out of it. And we went to the bedroom, and I was kind of passing in and out of it, and then it was like he started doing the same things to me that Jon [Grissom] had done ... I kind of woke up in the middle of it, and I freaked out ... I kind of threw him off me and I ran home. They're treating it like, you know, I am being passed back and forth or something ... And I just remember being terrified," Feldman stated.

This time, Feldman had someone backing up his claims. Actress Blake Lively's half brother, Jason, supported Feldman's implications and recalled being at similar parties as well.

Hoffman is the son of casting director Bobby Hoffman, who was very prominent at the time.

"When you got an invite to go to Bobby Hoffman's private party - this was a very big thing. And the fact that his son was coming to pick me up himself, was also a very big thing. There was a bunch of these guys, they were all hanging out together at these parties, and the thing is there weren't a lot of parents at these parties," Feldman elaborated.

Dr. Oz's team reached out to Hoffman but were unable to get a response. 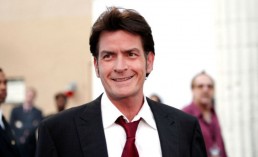 Corey Haim's Mother: Charlie Sheen Did Not Molest My Son, Someone Else Did 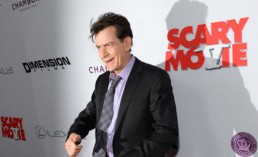