After Keaton Jones, the Tennessee boy whose tearful video about being bullied, has touched the hearts of thousands including dozens of celebrities, the spotlight has turned to his mother, Kimberly Jones.

The 11-year-old has been making headlines all over the world after stars like Chris Evans, Mark Ruffalo, Millie Bobby Brown and Mark Hamill have tweeted their support and admiration. However, his mother, Kimberly, is not getting the same love from the social media crowd.

Kimberly, who posted the viral video on her Facebook, is under fire after curious social media users dug up offensive and racist behavior on her social media page. The Jones matriarch allegedly posted photos of herself and her family standing next to the Confederate flag. A status update from three months ago shows no sympathy for the "butt hurt Americans."

That viral video of #KeatonJones talking about being bullied is heartbreaking, and I feel sympathetic towards that child.
But his mom, Kimberly on the other hand, is a suspected racist who makes very problematic posts bullying Black protesters #TheIrony pic.twitter.com/NUhidunP8z

Kimberly's posts, including her son's viral video, are no longer visible on her Facebook page. Keaton's sister, Lakyn, also posted a photo of the family holding a Confederate flag. The caption read, "Merica."

After Kimberly's possible racism has been made public, some celebrities had a change of heart. While they still support Keaton, actors like Patton Oswalt and Nick Stevenson (Orange is the New Black) criticized Kimberly on social media.

"I'm still #KeatonStrong," Stevenson said on a post on Twitter. "Shame on you," he said to Kimberly.

This is in response to my offering Saturday night regarding #keatonjones #bullying which touched a nation and in a fit of happiness the world was good. If what I'm hearing about his mother's #racism is true-shame on you #KimberlyJones I'm still #KeatonStrong but #racism isn't on pic.twitter.com/eFj2AmK0Rp

Oswalt argued that Keaton was not at fault. While he still supports the middle schooler, he has denounced Kimberly's actions.

Keaton didn't get to choose the family that raised & shaped him, you smug ghoul. How 'bout showing him that people of all races & creeds can come together? Change things, maybe? Show him a better world? https://t.co/BZqBEboabL — Patton Oswalt (@pattonoswalt) December 11, 2017

Joe Schilling, an MMA fighter, revealed that he reached out to Kimberly and offered to bring her son to a Los Angeles show. However, she turned him down and instead asked him to share a GoFundMe page.

Go look at her ig watch her story posts she just running a money scam. Really really sad and disgusting. Tagging celebrities trying to get them to donate to her go fund me account smfh. @kimberlyjones_38 @danawhite @gracegracieworld @snoopdogg @plies 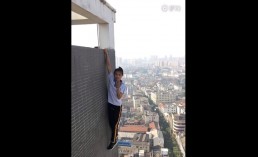 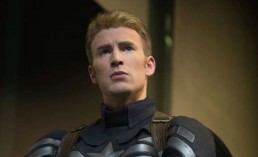 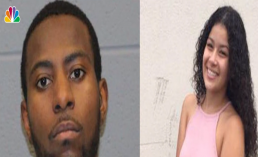