Sylvester Stallone will no longer be directing Creed 2. The job has just been given to Steven Caple Jr.

On Monday, the veteran actor penned a lengthy post on his social media account announcing his decision to step away from directing the film.

Stallone announced in October that he will be directing and producing the movie, which is a follow up to 2015's Creed. The sequel will continue to center on Adonis Johnson (Michael B. Jordan).

The role of Rocky Balboa will still be played by Stallone and he will continue to produce the film that is slated to hit theaters on Nov. 21, 2018. Stallone also serves as a writer for the sequel.

As of late, it is still unclear why Stallone decided to not push through with directing the film. However, reports claimed that he had a conversation with Jordan and the other executives. They eventually decided to limit Stallone's work behind the camera.

Production for Creed 2 is expected to kick off in Philadelphia sometime in March.

Who Is Steven Caple Jr.?

Meanwhile, Caple Jr., who is relatively a newcomer in the industry, released a statement expressing his excitement over the project.

"It's an honor to be a part of such an iconic franchise and to work with such great collaborators. Mike, Sly, and Tessa are extraordinarily talented and bring something special to today's culture," said Caple Jr. "I look forward to joining the family and continuing the precedent set by this franchise's alumni of incredible filmmakers."

Creed 2 will serve as Caple Jr.'s first feature film at a major studio. Jordan and Stallone personally handpicked the new director to helm the sequel after they found out about his successful work in The Land.

The Land premiered at the 2016 Sundance Film Festival and it centered on a group of young boys who devoted their summer to become professional skateboarders.

There are predictions that Creed 2 could potentially surpass the success of Creed. The first film grossed $110 million at the box office and also earned Stallone an Oscar nomination.

Tessa Thompson is also expected to reprise her role as Bianca in the sequel.

The character of Adonis Creed reflects this generation, and I believe it is important to have a director who is part of it , that is why I think we are Lucky to have Stephen Caple ,Jr A wonderful new talent take over The directorial chores and make the story as relatable as possible… He and Michael B Jordan will deliver a knockout!u 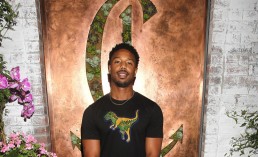 Michael B. Jordan Gay Rumors: Actor Responds To Speculation About Sexuality, "Everybody Has An Opinion" [VIDEO] 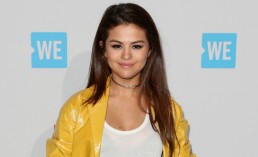 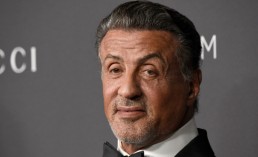