Sexual assault allegations continue to mount as 2017 comes to a close. No matter who or what age the accusers are, one pattern is certain: there are victims who wait to tell their story. And, while many can't seem to understand why, numerous women say when they disclose such vulnerable information, their character, sex lives and behavior get called into question. Instead of their assaulter(s).

In an opinion-editorial piece written for The New York Times by Salma Hayek, the Mexican-born actress details why she endured months of harassment from Harvey Weinstein and didn't publicly speak out about it.

"I had brainwashed myself into thinking that it was over and that I had survived; I hid from the responsibility to speak out with the excuse that enough people were already involved in shining a light on my monster. I didn’t consider my voice important, nor did I think it would make a difference," she wrote for the publication.

Hayek continued noting that she didn't want to speak out because she would have to owe her family an explanation as to why she (and them) treated Weinstein so nicely when they saw him at various Hollywood functions. "I was ashamed to describe the details of what I had forgiven made me wonder if that chapter of my life had really been resolved," the Frida star said.

Hayek went on to explain how she met Weinstein and what she thought about him before initially meeting him: "he had a remarkable intellect, he was a loyal friend and a family man." Hayek continued, noting she was extremely excited to work with him during the 1990s because she was an unknown Mexican telenovela actress.

Unfortunately, her happiness turned dismal when Weinstein began stalking her and requesting her to take part in sexual acts. "He had taken a chance on me — a nobody. He had said yes. Little did I know it would become my turn to say no. No to opening the door to him at all hours of the night, hotel after hotel, location after location, where he would show up unexpectedly, including one location where I was doing a movie he wasn’t even involved with. No to me taking a shower with him," the 51-year-old said.

Hayek divulged further by sharing that with every "no" came fiery tantrums from Weinstein. She exhaustively put into words that the mogul began to call her excessively if she didn't meet his demands. On one occasion, the Miramax producer even told Hayek he would kill her.

The Beatriz At Dinner actress said once Weinstein understood she would not succumb to his wants, he began to take away roles from her while she was under contract with his production company or he would assign difficult tasks for her to complete.

Hayek also revealed that the sex scene between her and Ashley Judd in Frida was a demand from Weinstein. He wanted his fantasies to be acted out, some way, somehow. She continued the piece noting how she became more anxious during the production of the film and Weinstein's behavior became more violent. It is said he had several outbursts at the film's previews, as well. Eventually, Frida won Weinstein's Miramax two Oscars and several nominations. Years later, he would tell Hayek what a beautiful film they made.

Salma Hayek closed her article stating that women are speaking out in droves because the culture is shifting.

"Men sexually harassed because they could. Women are talking today because, in this new era, we finally can." 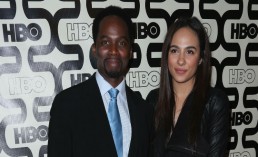 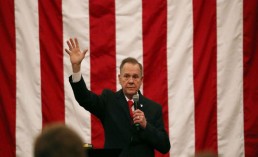 Why Millennial Women Are Voting For Roy Moore