Harold Perrineau, known for his roles in Claws, The Matrix, and The Best Man franchise, has released a statement about his daughter, Aurora's rape allegations against Girls writer Murray Miller.

Aurora claims Miller raped her in 2012 after she met him while out with friends. Miller denies the allegations and rebuffed by accusing Aurora of trying to extort him for damages.

Details  From The Case

The Wrap exclusively reported Aurora filed a report with the Los Angeles County Sheriff's Department at the end of November this year. In the report, Aurora revealed that Miller raped her when she was 17 years old.

Aurora also passed the polygraph test she took when she detailed what happened between her and Miller the night he assaulted her. In her statement for the polygraph test, Aurora said she met Miller at the Standard Hotel while she was hanging out with friends "consuming some alcoholic beverages." Upon meeting Miller, Aurora told him profusely that she was 17 years old when he began flirting with her. Miller was 35 at the time.

As the night unfolded, the Pretty Little Liars and Passengers star said Miller asked her and her two friends for a ride home because he was drunk. When they approached his house, the group agreed to go into his house. Aurora felt uncomfortable about the suggestion but went along with her friends.

“At some point, I woke up in Murray’s bed naked. He was on top of me having sexual intercourse with me," Aurora said in her statement. "At no time did I consent to any sexual contact with Murray."

The Family Speaks Out

"At no time have we ever asked Murray Miller for one dollar. There was never a demand for money ever made from anyone on behalf of Aurora or our family,” she said in a statement.

In Harold's statement, he noted that his daughter is not a victim but a warrior who is striking back against the fear and intimidation Miller tried to lock her in.

"I noticed her stand up, Stand up and say no more! No more terror, or fear, no more nightmares, no more hiding. And I realized, I’m not watching some victim here, I’m in the presence of a warrior. A real life [sic]crime fighter who is unafraid to look boldly at some coward who hoped to abuse her and say, no," Harold wrote about his daughter.

He closed his statement, calling out Miller and his boss, actress-producer Lena Dunham, who said she didn't believe Aurora's accusations and claimed to have insider information that no alleged rape occurred between Miller and Aurora.

"Lastly, to all of you out there that think you can get away with your abuse, to you and all your friends with "insider information" or outside influence, I say, let's let the police do their job," Harold wrote. "But you should know this...YOU HAVE F***ED WITH THE WRONG FAMILY!!! WE STAND UP!!!" 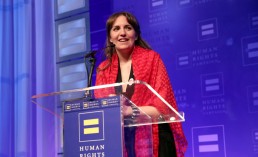 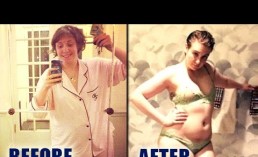