Watch out, George Clooney and Ocean's 11! Sandra Bullock and her Ocean's 8 crew are set to take over next summer's box office!

Warner Bros. Pictures has released the first official poster of the upcoming Ocean's 8. The film will feature Sandra Bullock as Debbie Ocean, the sister of the Ocean's 11 mastermind Danny Ocean (George Clooney). Ms. Ocean shares some similarities to her brother as she spent time in prison and also has the knack for pulling off gigantic crimes. The plot of Ocean's 8 will focus on Ms. Ocean assembling a group of impressive women to pull off a massive heist at one of New York City's most significant events: The Metropolitan Museum of Art's Costume Institute Gala.

The women that the Ocean's 8 production team assembled on screen are some of the most impressive and talked about names in the entertainment industry. Ms. Ocean's associates are played by Oscar-winning actresses Cate Blanchett and Anne Hathaway, recording artist Rihanna, Emmy-winning actress Sarah Paulson, best-selling author Mindy Kaling, and veteran character actress Helena Bonham Carter. Rounding out the team and representing the next generation of thieves are Dakota Fanning and comedian Awkawafina.

What We Know About Ocean's 8

Earlier this year, New Yorkers found Rihanna, Sandra Bullock, and Sarah Paulson filming scenes for Ocean's 8.  The three actresses had to deal with adverse New York City weather as rain heavily poured while the trio was filming. Other celebrities that shot footage and might make cameos include Kim Kardashian West and her sister, Kylie Jenner, who filmed their cameos at the Met Gala. New Yorkers also saw a rare sighting by actress Katie Holmes, who has agreed to make a cameo in the film.

The most prominent cameo (and possible character) that fans will be talking about could be the appearance of Jimmy Kimmel's favorite 'punching bag': Matt Damon. Damon, who started in the Ocean's 11 franchise's first three films with George Clooney and Brad Pitt, is expected to reprise his role as Linus Caldwell. The Downsizing star did confirm his involvement in the latest chapter of the franchise to Entertainment Tonight. Damon also expressed excitement about his involvement with the film and what Bullock and company would bring to the franchise. Unfortunately, Damon did not mention the size of either Linus's part of the story nor if the character will provide support to the ladies. 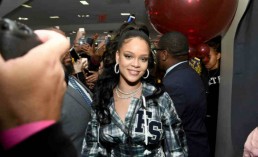 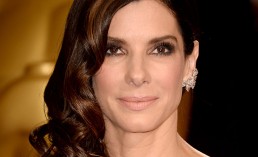