Fall Out Boy has recently teamed up with BTS rapper RM for the remix of "Champion." The track will be released as part of the rock band's upcoming album, Mania.

The remix for "Champion" featured new raps by RM and it also contained the original lyrics of the song that was co-written by the members of Fall Out Boy and Sia.

Fall Out Boy and BTS announced the collaboration on Thursday, Dec. 14, on social media. After it was released at midnight on Friday, Dec. 15, RM said that he had a great time working with the band.

Following the release of "Champion," the hashtag #RMxFallOutBoy also trended worldwide for several hours. "Champion" is now available on Spotify and iTunes.

Meanwhile, Mania was originally set for release on Sept. 15. However, Fall Out Boy decided to push it for 2018. In August, the band confirmed that Mania will be available starting Jan. 19.

Singer Patrick Stump also said that they collectively thought it was best to release their album at a much later time.

"It felt very rushed. I'm never going to put a record out I genuinely don't believe is as strong or valid as the one that came before it, and in order to do that we need a little bit more time to properly and carefully record solid performances," said Stump.

Other than the delayed release date for Mania, Wentz also said that the album will be different from their previous albums because as artists, it is their job to continuously evolve.

"The thing I point to now more than anything is we're listening to a lot more music happening worldwide. The thing I love about globalization of music is I'm listening to beats that this kid in Lagos made... that would have never happened before," said Wentz.

BTS Collaboration With Other Artists

Apparently, RM's collaboration with Fall Out Boy was not the first for BTS. The popular K-Pop group also teamed up with the Chainsmokers in September for "Love Yourself: Her."

Following their Top Social Artist win at the Billboard Music Awards in May, BTS also met up with Halsey and Camila Cabello. As of late, it is still unclear if they will also collaborate with the two artists. 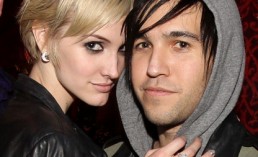 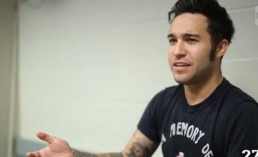 Fall Out Boy Pete Wentz Privates: Bassist Regrets Piercing Below The Belt: 'I Was Young And Dumb' [VIDEO] 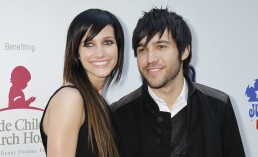