Last week on Shameless, we saw a sibling rivalry forming, Frank lost his job, and Lip tried to save a friend. Last night's episode, titled Occupy Fiona, was an extension of its predecessor, that ended with more questions than answers.

Let's get into the highlights of the show!

The show opens with Fiona getting ice water thrown at her by her brother, Ian. Ian is still pissed that his sister swindled her way into making the church unattainable for him and the "at risk" youths he helps. This was only the tip of Ian's fury. After spray painting her sidewalk and throwing eggs at her window, Ian also purchases the lot next to Fiona's building and stages a protest with all the kids who were affected by her decision. The protesters spend a majority of the day screaming, "Occupy Fiona" outside her window or "F*** You Fiona", which Fiona tries to ignore until Ian pulls another nasty move. Ian calls the fire department, claiming her building violated 'fire code violations'. This heightens the sibling rivalry, and Fiona decides to get just as dirty as Ian. While Ian goes to work, Fiona bribes the kids into leaving the lot with two things no kid can resist: food and money.

With the lot empty, Fiona has workers clear it out and Ian comes back to an abandoned lot. Fiona tries to make peace with her brother, she even manages to get another building for the kids. When Ian is still angry with her, she accuses him of being off his meds again which cause him to storm off. Fiona isn't the only one worried about Ian. Trevor also voices his concerns after visiting Ian and telling him that he secured the lease for the building Fiona was able to get them.

Later that evening, Fiona once again reaches out to Ian and asks if they're okay, which he finally says they are. However, Ian also mentions that his energy can't be wasted on feuding with his sister because "there are larger concerns to consider." This statement leaves Fiona even more worried about her brother and raises the question of, what's really going on with Ian?

Frank is determined to find another position. Even though his resume shows him maintaining one job for a few weeks and attending, but not finishing college, Frank believes he's worthy of the managerial position of any company. Unfortunately, this is the real world, and that's not how things work. Every interview Frank turns up for lets him down as he's not qualified for the position. After a long and unsuccessful day, Frank ends up at the Alibi to drink away his troubles when another man who is being deported to Canada tells Frank his problems are minimal compared to his. Frank, being Frank, finds a loophole in his dilemma, a selfish one of course, as he agrees to smuggle the man and his family across the border. In addition to this, Frank has also agreed to bring a few things back home for some the of usual occupants of Alibi, since everything is cheaper in Canada.

Frank's subplot ends with the patriarch of the family, donning a Canadian headband and driving off the border.

Frank's subplot was a more humorous look at the mishaps life can offer, whereas Lip's was a bit more heartbreaking. Lip tries his best to save his former mentor and professor, Youens, who is due in court because of his drunken blunder. Lip spends the majority of his day cleaning up Younes, and Brad, who has unwillingly agreed to testify for Younes in court, after the two vomit and cry over their failed lives. Court doesn't start off smoothly, the woman Younes almost hit is sporting a neck brace and speaking, in Spanish, about Younes driving drunk into her house. Pretty much the prosecution makes Younes out to be a danger to society and suggests should be thrown into jail forever. Lip takes the stand to speak on behalf of his friend, that he commends for saving his life and giving him a second chance. Lip's moving speech probably would've worked, if Younes didn't somehow get drunk before taking the stand himself.

Of course, this lands him in jail and Lip devastated that Younes threw away his chance of getting off. Younes coldly states to Lip, "I've chosen alcohol a long time ago, if you don't like what you see, don't look." Lip is left speechless and Younes' fate is left up in the air.

Other fun subplots to mention are, Debbie wielding a dumpster on the car of a doctor that was pretty much a jerk to her the entire episode. Carl, who is still doing his "rehab program" to get money for school, is thrown into a bizarre kidnapping plot, that gets him his money and possibly a new crazy girlfriend.

Kev trying to "dominate" V was probably the most hilarious thing ever shown. After many failed attempts and almost setting himself on fire, Kev is finally able to "take charge" of his wife, by yelling at her for being forgetful, which gives him more housework to do. 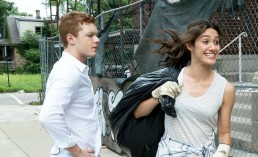 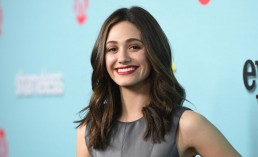 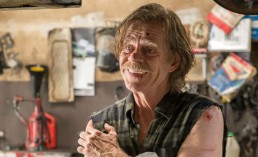