It seems like there may be a little royal family drama already brewing.

Meghan Markle and Prince Harry just spent Christmas with the Queen and other royal family members, including Prince William and Duchess Kate. During an interview with BBC Radio 4, the Prince stated that the couple had an "amazing time" and Markle was with "the family she's always wanted."

Though the Prince probably didn't mean any harm by what he said, his comments weren't appreciated by a particular member of Markle's family.

Grant vs. The Royal

Samantha Grant, who is Markle's paternal half-sister, had a few words to say about the matter. Grant took to Twitter to respond to the remarks made by the royal.

Actually she has a large family who were always there with her and for her. Our household was very normal and when dad and Doria divorced, we all made it so it was like she had two houses. No one was estranged ,she was just too busy. Read my book complete with facts and photos — Samantha Markle (@SamanthaMGrant) December 27, 2017

Grant responded to another user who stated Prince Harry's comments were "careless."

She has a large family. She always did. Our dad is amazing and completely self sacrificing. We made it so that she had two houses. How fun it was!

Grant is also reportedly working on a "tell-all" book about her famous half-sister. Reports have stated that Grant and Markle were estranged for a while and since the news of the engagement between Markle and the Prince broke, Grant has been plotting ways to take advantage of the situation.

Grant has spoken poorly of the former Suits actress in the past, stating that Hollywood "changed her."

"I think her ambition is to become a princess... The truth would kill her relationship with Prince Harry," Grant stated.

Markle's parents, who divorced in 1987, released a joint statement after the news of Markle's engagement made headlines.

"We are incredibly happy for Meghan and Harry. Our daughter has always been a kind and loving person. To see her union with Harry, who shares the same qualities, is a source of great joy for us as parents," the former couple stated. 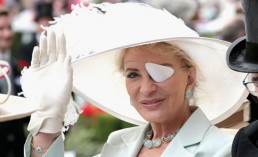 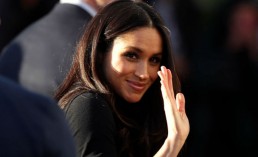 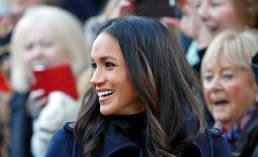 Sketches Of Meghan Markle's Wedding Dress Have Been Revealed