After taking a break from the entertainment world, actress Amanda Bynes could be ready to give it another shot! The Nickelodeon star is reportedly making plans to return to the acting scene in 2018.

Bynes rose to stardom after starring in the hit Nickelodeon sitcom All That, alongside SNL member Keenan Thompson and Good Burger star Kel Mitchell. Bynes then landed her own show called The Amanda Show, which featured Drake and Josh stars Drake Bell and Josh Peck. Bynes was at one point considered to be the next Lucy Ball because of her comedic and versatile acting skills.

The actress then transitioned into more adult roles such as The CW show What I Like About You opposite Jennie Garth. She also starred in films What a Girl Wants and Easy A opposite Emma Stone.

Bynes was at the height of her career until 2013, when she was detained by the Ventura County Sheriff deputies for causing a small fire in the driveway of a stranger. Following this incident, Bynes was hospitalized for 72 hours for mental evaluation.

Bynes consistently made headlines in the years following for her erratic outburst, bizarre tweets about the Obamas and Drake "murdering" her vagina, and drastic change of appearance.

For the past two years, the Hairspray actress remained under the radar as she sought the help she needed. In June of this year, Bynes gave her first interview in four years where she appeared to be happy and healthy and spoke on her willingness to pursue acting again.

"I do miss acting, and I actually have something surprising to tell you: I'm going to start acting again. I want to do TV, maybe a few guest spots on a show that I'm a fan of and maybe another TV show where I'm the star of in the future," Bynes stated.

Now, reports revealed that the actress could be returning to Nickelodeon to revive The Amanda Show.

"She has had several offers but is waiting for the right one to come along for a comeback," her lawyer said.

In the meantime, the She's the Man star has stated that she is taking classes at Los Angeles Fashion Institute of Design and Merchandise.

"I've learned how to sew, make patterns, and I want to start a clothing line in the future, so FIDM has been helping me with that," Bynes shared. 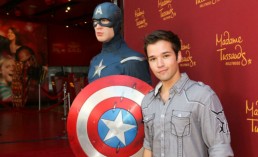 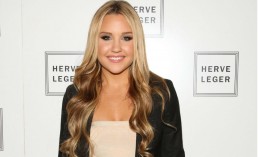 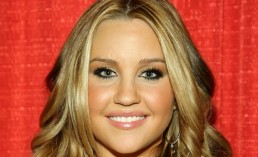