Netflix's upcoming untitled Riverdale spinoff has found its Sabrina Spellman and it's none other than Mad Men actress Kiernan Shipka.

The streaming giant announced on Friday, Jan. 5, that Shipka, whose credits include Feud and Carriers, will be taking on the lead role as the young blonde witch in the upcoming drama.

"We're all such huge fans of Kiernan's work that when we started talking about who this new incarnation of Sabrina could be, her name was on everyone's wish list," said Aguirre-Sacasa, Riverdale showrunner and Archie Comics chief creative officer.

What To Expect From 'Riverdale' Spinoff

The series is based on Archie Comics' dark graphic novel The Chilling Adventures of Sabrina. Hence, the portrayal of Sabrina in the upcoming Netflix series will remind fans of the character in the Archie Comics or the 90s sitcom Sabrina the Teenage Witch starring Melissa Joan Hart.

In its press release, Netflix described Shipka's character as "an empowered young woman" who is half human and half witch. The series follows Sabrina as she starts her education to become a sorceress, and tries to maintain a balance between life as a witch and life as a sophomore student in high school.

"She is smart, compassionate and brave and helps keep the darkness out of the every day world," the network said, before adding that the show will be along the lines of Rosemary's Baby and The Exorcist.

Originally announced as a spinoff for Aguirre-Sacasa's The CW show Riverdale, the Netflix series will be a part of Archie Comics' universe. The showrunner has previously also hinted at the possibility of a crossover.

Even Melissa Joan Hart said that the series will be miles apart from her 90s TV show. During a panel discussion at the Los Angeles Comic Con, the 41-year-old said that her sitcom revolved around magic and family while the Riverdale spinoff has a much darker tone.

The actress also pointed out that the upcoming Netflix is more similar to Buffy the Vampire Slayer than it is to Sabrina the Teenage Witch.

Although Netflix did not mention when the series will debut, the official Twitter handle of Archie Comics confirmed that the show will arrive on the streaming platform this year.

Production on the upcoming series is ordered for 20 episodes over two seasons. It needs to start immediately if Netflix is aiming for a release date before the end of the year. 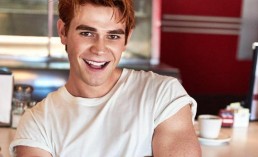 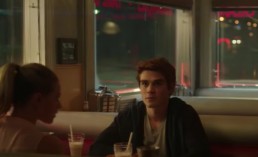 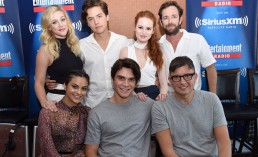