NeNe Leakes and Sheree Whitfield have never been ones to back off when it comes to beefs between the two. In the latest feud, they went back and forth over whose man has the worst criminal history after Sunday night's episode of The Real Housewives of Atlanta on Bravo.

It came after Leakes revealed on a recent episode of the popular reality show that Whitfield's mystery boyfriend is known as a con artist in the Atlanta area. He is currently serving time in jail after swindling businesses out of millions of dollars. When Kandi Burruss told Whitfield about Leakes' accusations and statement about Whitfield's boyfriend, Tyrone Gilliams, Whitfield reminded Burruss and the millions of fans tuning in that Leakes and even her husband, Gregg Leakes, have not been able to steer clear of a jail cell either.

"Really, NeNe? You and Gregg both have mughstots," Whitfield said during a confessional interview on the series. Still, it is safe to say she was not too bothered by the criticism surrounding Gilliams' jail time as she also told Burruss that he would "eventually" come home to her luxurious Chateau Sheree mansion.

Interestingly enough, NeNe responded to Whitfield's statement pretty much the first chance she could. She happened to be a guest on the network's Watch What Happens Live which aired a couple of hours after The Real Housewives of Atlanta. Leakes decided to bring in Whitfield's son Kairo Whitfield's criminal history in her clap back. She said that a simple mugshot is not the same as serving roughly ten years in jail for stealing millions of dollars.

Battle of the Mugshots

"Sheree needs to worry about her own mugshot... her son got a mugshot and her man got a mugshot," added Leakes. She had no problem reminding fans why Whitfield had a mugshot, just in case they forgot. She said Whitfield was caught stealing out of a store.

Supermodel and actress Tyra Banks was also a guest on the show Sunday night. She made it clear she did not want to be a part of any of the "mugshot" drama. See NeNe's statement below.

Sheree first told her co-stars about Gilliams during a girls' trip to San Francisco. It was the first time she had really opened up about a relationship other than her previous marriage to Bob Whitifield.

The Real Housewives of Atlanta airs on Bravo Sundays at 8/7c. Be sure to keep up with Enstars for the latest on your favorite celebrities. 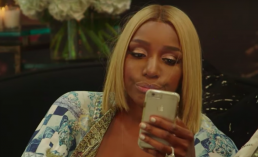 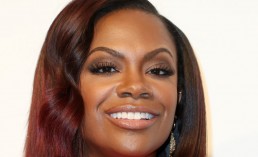 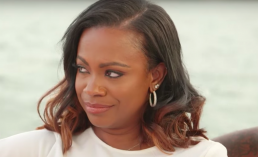