James Franco may have won the Best Actor category at the Golden Globes but the actor is grabbing headlines for all the wrong reasons.

Franco took the stage to accept the award for Best Performance of an Actor in a Motion Picture - Musical or Comedy for his portrayal of Tommy Wiseau in the film The Disaster Artist at the Golden Globe Awards on Sunday, Jan. 7. Shortly after, several women took to Twitter to accuse the actor of sexual misconduct in the past.

The women also accused the actor of being a hypocrite. He was wearing the Time's Up pin to protest against sexual harassment in the industry along with dozens of other women and celebrities at the awards ceremony who dressed in black as part of the movement.

Actress Violet Paley was the first one to come forward with sexual assault allegations against the 39-year-old actor.

"Cute #TIMESUP pin James Franco. Remember the time you pushed my head down in a car towards your exposed p***s & that other time you told my friend to come to your hotel when she was 17? After you had already been caught doing that to a different 17 year old?" Paley wrote on Twitter.

A second woman named Sarah Tither-Kaplan, who was an ex-student at Franco's acting school in Los Angeles, also took to the micro-blogging platform with allegations of inappropriate behavior against Franco.

Tither-Kaplan accused Franco of exploiting her by asking her to appear nude in two of his films for $100 a day after getting her to sign a "vague and general at best" contract. She also alleged that Franco offered speaking roles to actresses only if they stripped down.

During the award ceremony, actress Ally Sheedy, best known for her role in the coming-of-age comedy-drama film The Breakfast Club, also shared a series of cryptic tweets questioning Franco's presence at the event. Sheedy featured in the 2014 Broadway production The Long Shrift, which was directed by Franco.

In 2014, Franco tried to pick up a 17-year-old Scottish girl who attended his performance in Of Mice and Men on Broadway. The actor sent her personal messages via Instagram and iMessage and offered to rent a room with the teenager who later published their exchange online.

Shortly after the exchange went viral on the internet, Franco made an appearance on Live With Kelly and Michael, where he admitted to messaging the girl, saying that he was embarrassed and that social media is tricky. 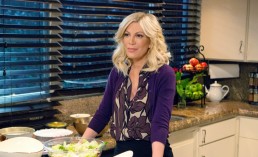 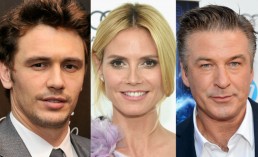 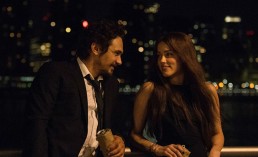