January is shaping up to be a good month for Julia Louis-Dreyfus.

At the 2018 Screen Actors Guild Awards last Jan. 21, she won Outstanding Performance by a Female Actor for Veep while she saw her last day of chemotherapy on Jan. 12. The actress was not in attendance at the awards show, so presenters Mandy Moore and Connie Britton accepted her award for her.

I wish I could have been @SAGawards tonight but have to admit it's pretty fun to watch in my pj's. So honored to win. So proud to be a union member. So happy for my @VeepHBO bozos for winning ensemble award. Miss being at the table with you all. How was the chicken?

According to GoldDerby, Louis-Dreyfus' recent wins put her SAG trophies at nine, making her the award show's most decorated performer. Previously, the record was held by Alec Baldwin and Julianna Margulies, with eight SAG wins.

Veep also celebrated another win that night, with the cast receiving the award for Best Television Comedy, putting a halt to Orange is the New Black's three-year reign. Matt Walsh, who plays Mike McLintock on the show, accepted the award on behalf of the cast.

"I'd like to thank Julia, our leader, who is so unfortunately not here," he said.

Veep To Resume Filming On August

Veep's final season is set to resume filming in August with Louis-Dreyfus's return. The actress has already been participating in table reads for Season 7, which is scheduled to air 2019. Four of the scripts for the final season has been written but HBO has not officially confirmed this plan.

"They got a big [season] planned ... I'm not sure what date we settled on, but we're waiting for her to feel well enough to get back to it," said Casey Bloys, programming president for HBO.

In September, Louis-Dreyfus took to Instagram to reveal she has been diagnosed with breast cancer. She wrote a special message updating her fans on her condition, adding there is a silver lining to the situation. She has "the most glorious group of supportive and caring family and friends, and fantastic insurance through [her] union".

This also gave the actress the opportunity to shine a light on the plight of many other women fighting cancer, pushing for universal health care for all. Celebrities and politicians were quick to show their support for the actress, with the likes of Ellen DeGeneres, Wanda Sykes, Joe Biden, and Hillary Clinton posting words of encouragement on social media.

Louis-Dreyfus was diagnosed with breast cancer a day after she won her sixth straight Emmy. To celebrate her last day of chemo, her sons made a video for her, lipsyncing and goofing off to Michael Jackson's "Beat It."

My beauty boys @henryhallmusic @charlie_hall made this for me today, my last day of chemotherapy. Pretty swell, right? Ain’t they sweet? A post shared by  Julia Louis-Dreyfus (@officialjld) on Jan 11, 2018 at 12:18pm PST 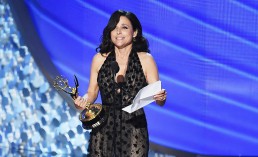 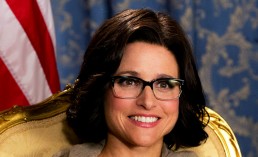 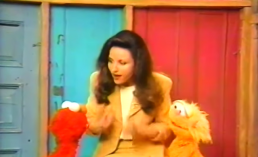 Julia Louis-Dreyfus Curses On 'Sesame Street' Set Back In 1994