Prince Harry and Meghan Markle aren't going to be the only royal couple this year. Princess Eugenie is also tying the knot with Jack Brooksbank.

Eugenie And Brooksbank Are Engaged

Harry's cousin, Eugenie, who is the daughter of the Duke and Duchess of York, Prince Andrew and Sarah Ferguson, got engaged to Brooksbank in Nicaragua earlier this month, the Buckingham Palace announced on Monday, Jan. 22.

The palace also announced that Eugenie and Brooksbank's royal wedding will take place in the autumn at the St. George's Chapel in Windsor, which is the same chapel where Harry and Markle will be getting married in May, as previously reported.

The wedding will take place in the Autumn of 2018 at St George's Chapel in Windsor, with further details to be announced in due course. pic.twitter.com/3oL6F6hoYG

Eugenie and Brooksbank, a wine merchant by profession, first met on the Swiss ski slopes of Verbier at the Duke of York's 50th birthday in 2010 and have been dating each other since then.

The princess's parents were "delighted" to announce the engagement of their daughter, while Brooksbank's parents said they were "completely over the moon."

Shortly after the announcement, Ferguson took to social media to share a picture of her daughter and her soon-to-be son-in-law with some heartfelt words written across.

Shortly after the engagement announcement, the princess and her fiancé gave their first television interview by sitting down with BBC's Matt Baker. During the sit-down interview, the newly engaged couple shared details of Brooksbank's incredibly romantic proposal beside a lake in Nicaragua.

"The lake was so beautiful," Eugenie said. "The light was just a special light I had never seen. I actually said, 'This is an incredible moment,' and then he popped the question, which was really surprising even though we've been together seven years."

"I was over the moon. [It was a] complete surprise," she added. "But it was the perfect moment, we couldn't be happier."

"It was amazing. I love Eugenie so much, and we're very happy," Brooksbank also echoed his fiancée's words. 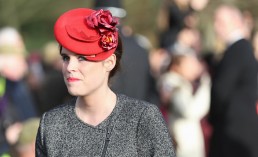 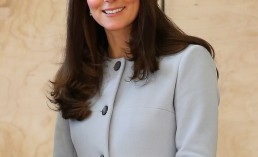 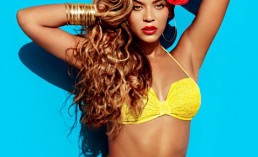