After a series of rape allegations and a $5 million lawsuit on her ex-husband Russell Simmons, Kimora Lee Simmons has finally addressed the sexual misconduct accusations against him.

Many of the "alleged" incidents took place in the 1990s before Russell and Kimora got married.

On Thursday, the rap mogul was slapped with a $5 million lawsuit from Jennifer Jarosik. The documentary filmmaker accused Simmons of raping her in 2016.

Well, on Thursday night, Kimora took to her Instagram to respond to the allegations.

"Now that I put my baby down..." Kimora captioned the post.

In the post, the former model states that she has known Russell for over 25 years and the two have managed to remain close friends through it all.

"These allegations against him are nothing like the person I have known in all that time. I have known him to be a caring and supporting father and someone who has worked tirelessly to uplift disenfranchised communities," Kimora wrote.

The former couple were married for 11 years and have two children together -- Aoki Lee and Ming Lee Simmons.

After the Jarosik allegation, Simmons released a statement through his representative, Eric Rose, denying the claim that he asked Jarosik to have sex with him at his house in Los Angeles in 2016.

"I look forward to having my day in court -- where, unlike the court of public opinion, I will have the ability to make use of fair processes that ensure that justice will be done and that the full truth will be known," Simmons said.

In November 2017, the music mogul decided to step down from all of his companies after being accused of sexual misconduct.

Simmons also launched a #NotMe hashtag campaign in response to the claims that were made against him and to the #MeToo movement. However, he decided to discontinue the hashtag after recent reports were filed against him. 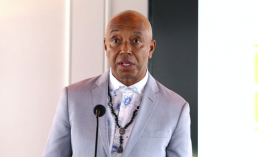 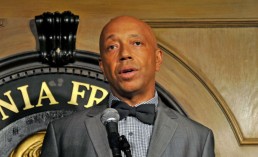