Disgraced super-producer Harvey Weinstein lands in more hot water, as the LAPD confirmed that three cases against him are now with the prosecutors.

Now, it's up to the Los Angeles County District Attorney's office to review these three cases and decide whether Weinstein will face criminal charges.

L.A. police sent the case to the DA's office on Feb. 1. They have yet to provide any details about the accusers or the allegations in question.

Law enforcement officials have already taken dozens of reports from women accusing Weinstein of sexual misconduct and harassment over the years, while authorities in both New York and London have begun investigations into complaints made against the super-producer.

Weinstein has yet to be charged with any crimes, however. He has apologized, and is currently seeking treatment for "sex addiction" but has consistently denied any and all allegations of non-consensual incidents, or that he targeted those who refused him.

"Mr. Weinstein has further confirmed that there were never any acts of retaliation against any women for refusing his advances," his spokesperson said.

"[We] strongly believe we will demonstrate that no criminal charges are warranted," his attorneys have stated.

The Weinstein scandal, which first hit last October in a shocking New York Times exposé, was the catalyst for the #MeToo, and later the Time's Up, movement. More than 80 women have come forward to accuse Weinstein to date.

Their accusations cover the last four decades of his world-conquering career as head of Miramax, and then The Weinstein Company. The super-producer was subsequently fired from the company he co-runs with brother Bob and ostracized by Hollywood and the entertainment industry as a whole.

The movements have grown in scope to target high-profile figures as far-reaching as actors Kevin Spacey and Danny Masterson, as well as comedian Louis C.K., and filmmaker James Toback. The allegations cover everything from inappropriate behavior to rape, with some of them dating back decades.

The latest complaint against Weinstein saw a long-time friend and collaborator Uma Thuman coming forward to accuse him and filmmaker Quentin Tarantino of a long-running pattern of harassment and abuse. 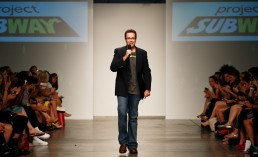 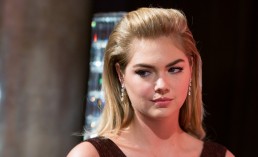 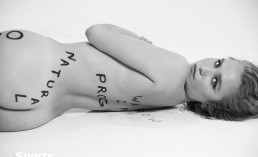