It looks like the feud between former co-stars and friends Kim Cattrall and Sarah Jessica Parker isn't over. While mourning the recent tragic death of her brother, Cattrall has made it clear that she does not accept Parker's well wishes or condolences.

Cattrall Has Had Enough

After thanking her Sex and the City co-stars for their condolences on her social media page, Cattrall made another shocking post where she called out Parker for trying to exploit her brother's death, and that she and Parker are not family or friends.

My Mom asked me today "When will that @sarahjessicaparker, that hypocrite, leave you alone?" Your continuous reaching out is a painful reminder of how cruel you really were then and now. Let me make this VERY clear. (If I haven't already) You are not my family. You are not my friend. So I'm writing to tell you one last time to stop exploiting our tragedy in order to restore your 'nice girl' persona. Copy and paste link https://nypost.com/2017/10/07/inside-the-mean-girls-culture-that-destroyed-sex-and-the-city/ A post shared by  Kim Cattrall (@kimcattrall) on Feb 10, 2018 at 5:20am PST

Cattrall's brother, Chris Cattrall, was found dead at his home after he was reported missing. Parker and Cynthia Nixon offered their support to Cattrall after she made the announcement that her brother has passed away.

The drama between the two ladies who portrayed fan-favorites Carrie Bradshaw (Parker) and Samantha Jones (Cattrall) began after rumors of a third SATC film that was in the works was untimely canceled. Reports said that Cattrall made diva-like demands which caused the film to be canceled.

Parker confirmed that the movie was not going to happen but never pointed the blame to Cattrall's direction.

During an interview with Piers Morgan, Cattrall stated she was "done" playing Samantha and that she and the other costars of the show "were never friends."

She went on to state that she hadn't spoken to any of her co-stars in years due to the fact that she is no longer in New York and has nothing in common with them.

Parker finally opened up about Cattrall's remarks stating that she was "heartbroken" by what Cattrall stated and that she "didn't remember" their time on set that way. 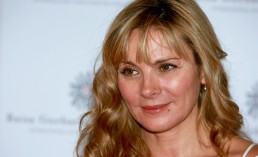 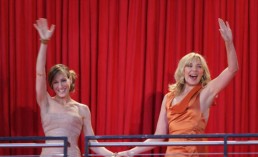