Actors Sarah Jessica Parker and Matthew Broderick are one of the standout celebrity couples whose marriage has been able to stand the test of time.

The two are slated to celebrate their 20th wedding anniversary this year and Parker opened up about how they make it work.

The couple dated for five years before they tied the knot.

“I think marriage has a lot of vitality,” said Parker. “If you’re fortunate, it’s like this dazzling organism.”

Interestingly enough, Parker was a new wife when she debuted her role as the now-iconic single journalist, Carrie Bradshaw, on Sex & The City. While her love life was unlike her character, the two do have one thing in common other than their keen fashion sense.

She took a break from her feud with costar Kim Cattrall to gush about her marriage.

“I never thought about a wedding dress,” added Parker. “Never. Had not one daydream about it. At one point I just simply remember thinking, ‘God, I really hope he asks me to marry him.’ I don’t know when or why. It was fairly early on.”

Thankfully for Parker, it worked out for her and Broderick. They ended up saying their vows on May 19, 1997. The two were in their early 30s.

As for what has caused them to stand the test of Hollywood time, Parker said it’s important to stay in line with your partner. She expressed that changes for both spouses are going to be inevitable, and it’s vital to still like and be in love with the person as they go through their changes.

Still, she has managed to stay fascinated by Broderick throughout both of their transitions in life.

“I’m sure I annoy him and he annoys me, but I literally learn about him every day,” said Parker. “I’m like, ‘you’re doing what? You’re reading what?’”

Inside Their Happy Family

Now, 20 years later, they are happily married and parents to twins Tabitha and Loretta, 8, and son James Wilkie, 15.

Parker said they have included their children in their lives and have important chats together, especially when it comes to the unpredictability of her and Broderick's schedules as famous actors. Parker said she’s grateful for their “curiosity” and even the twins’ level of independence that causes her to forget they’re indeed twins.

As a mother and wife, Parker has found it important to also have me-time. She said she reads nearly every moment she can and describes it as her way of briefly escaping life’s demands. 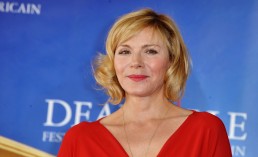 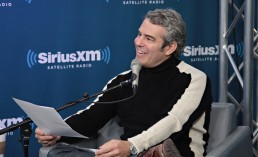 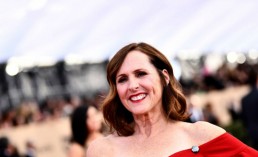