Kim Richards has been keeping a low profile for months but earlier this week, paparazzi caught her out and about in Los Angeles with a couple of her family members.

Months after it was confirmed that Richards would not be returning to The Real Housewives of Beverly Hills for season 8, the former child star was photographed running errands with her daughter, Brooke Weiderhorn, and Wiederhorn's one-year-old son Hucksley.

On Feb. 16, Radar Online shared photos from Richards's outing, noting that the 53-year-old ex-reality star appeared to be healthy and happy as she carried her grandson. Meanwhile, Wiederhorn juggled her mommy duties with son Hucksley and her French bulldog.

As fans of The Real Housewives of Beverly Hills will recall, Richards has gone sober after years of struggles with alcoholism. As the outlet revealed, Richards was arrested in 2015 after getting drunk at the Polo Lounge in Beverly Hills and proceeding to allegedly kick a police officer who was trying to arrest her.

Following the shocking arrest, which was followed by a petty theft arrest months later, Richards' full-time role on The Real Housewives of Beverly Hills was reduced and fans began to see less and less of Richards on the show.

Around the time of the season 8 premiere, Richards's younger sister, Kyle, spoke out about moving forward with the series without her.

“You know, she's got a lot of stuff going on in her personal life,” Kyle explained to Entertainment Tonight at the end of last year. “She, I think, didn't want to do that … maybe it's a little too intense, so she's happy doing what she's doing right now.”

Kyle said that because she and Richards had been appearing on the Bravo series together since it began in 2011, it was quite "weird" filming without her. She also said that while she did want Richards to film certain things with her for season 8, Richards refused to do so.

Lisa Vanderpump also weighed in on her longtime co-star's exit from the show.

“I think [it’s] a shame, really,” Vanderpump said. “Because, always the relationship, when it's a family member, it really raises the stakes, because you're so invested in that. And I like Kim ... she stepped out at certain times, she's needed to step out, and it was a shame she didn't come back this year, because apparently, she's doing, you know, quite well.” 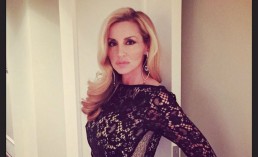 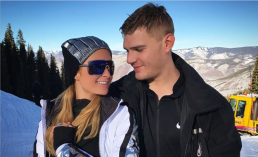