Meghan Markle is yet to be married to Prince Harry, but she is already enjoying some perks of being a royal, including an official aide.

Kensington Palace announced on Monday, Feb. 19, that the Palace's press officer, Amy Pickerill, will attend to the needs of the former Suits actress. She will be the assistant private secretary of Prince Harry, and part of her duties is to help Markle manage her schedule.

The announcement just seemed to be for formality's sake, as the appointed aide for the bride-to-be had been accompanying the 36-year old celebrity and Prince Harry in their official visits. Pickerill was photographed with Markle during their visit to Edinburgh, holding flowers that people gave to the actress and handing her some papers that needed signing.

Moreover, Markle could probably use another hand as she is just three months away from her wedding.

It could be fitting for Pickerill to land the job, considering her history with the royal family. She studied at the Nottingham University where she earned her degree and then attended City, University of London for her broadcast journalism postgraduate studies.

She worked for the Royal Bank of Scotland and at Ogilvy Public Relation in New York. She had been with the royal family since September 2016, where she took over the role of senior communications officer for Prince Harry, Prince William, and Kate Middleton.

The news appointing an official aide for Markle came at a time when details about the royal wedding, set on May 19, are already trickling in. Just recently, the Palace announced the key people in the royal wedding.

"The Dean of Windsor, The Rt Revd. David Conner, will conduct the Service. The Most Revd. and Rt Hon. Justin Welby, Archbishop of Canterbury, will officiate as the couple make their marriage vows," the Palace said.

Meanwhile, Prince Harry and Markle capped the past week by watching the Broadway musical Hamilton at London's West End Theatre. The cast of the play was more than shocked when the pair came to witness their talents. 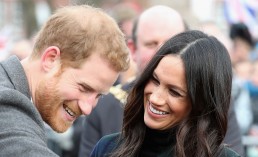 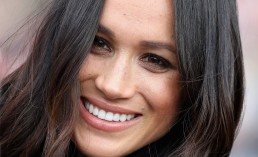 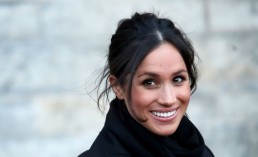