Ashton Kutcher has been linked to many ladies. The actor has had his fair share of romances, but none will be quite as memorable as his previous marriage to Demi Moore.

Kutcher and Moore were married from 2005 to 2013. While there was a significant age difference between the two, the former pair were head over heels in love with each other.

After Kutcher divorced Moore, the actor found love again with his former That 70's Show co-star, Mila Kunis. The two became parents to Wyatt Isabelle in 2014 and tied the knot in July 2015. The couple welcomed another child, a son named Wyatt, in 2016.

Since Kutcher has moved on with his life, he hasn't given much detail on his divorce from Moore. Recently the actor sat down with Dax Shephard for his podcast Armchair Expert, where he finally reveals his "lonely" days after ending his marriage to Moore.

The Ranch actor shared emotional details on how he coped with his divorce.

"Right after I got divorced, I went to the mountains for a week by myself. I did no food, no drink -- just water and tea. I took all my computers away, my phone, my everything. I was there by myself, so there was no talking. I just had a notepad, a pen and water, and tea -- for a week," Kutcher stated.

Kutcher continued that he began to hallucinate after not eating but began practicing Tai Chi. After regaining his senses from lack of hunger, the New Year's Eve actor decided to close the previous chapters of his life by writing letters to all his former lovers.

"And I wrote letters to every single person, and on day seven, I typed them all out and then sent them. I handwrote them all and then typed them out and sent them," he continued.

The actor claimed the process was therapeutic for him and helped him move forward with his life.

"It was like an [Alcoholics Anonymous] exercise. I was like, 'I've probably done some damage.' So I just cleared palette," Kutcher said.

Despite his divorce from Moore, the two still remain friends and Kutcher is still close with Moore's children, who were his stepchildren. 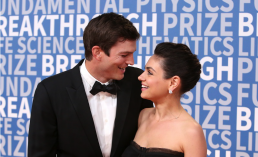 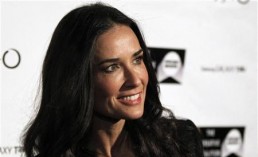