2018 could be the year of hook-ups for celebrities as more have confessed their true feelings for their famous counterparts. One actress swooning over a musician recently admitted her infatuation on The Ellen DeGeneres Show. The moment took place during DeGeneres's epic 60th birthday bash.

Veteran actress Diane Keaton stopped by her pal's talk show where she revealed that she couldn't keep her eyes off of Coldplay singer Chris Martin. Keaton stated that she spotted Martin at the party with his rumored lady, Fifty Shades actress Dakota Johnson. and was taken aback by his good looks.

"He was with Dakota [Johnson], right. They're a couple. So, what I'm saying is, he's gorgeous. That face got better with time," Keaton stated.

However, Keaton was so smitten with her newfound crush that she didn't know who he was,.

"That's the other problem--I didn't know who he was. But, I saw him and I noticed that he was gorgeous," she continued.

The Because I Told You So actress figured out eventually who Martin was and that he was already taken. DeGeneres then asked Keaton on her thoughts about Johnson's co-star, Jamie Dornan, but it seemed Keaton wasn't as crazy for Dornan as she was for Martin.

"He's kind of scary, too, because of what he does to the girl--the Dakota girl," Keaton admitted.

Martin was married to Gwyneth Paltrow from 2003-2016, and they have two children together. Martin and Johnson have been linked together since November 2017 but have not confirmed their relationship.

DeGeneres's Party Of The Year

"It was an epic night, I was looking all around and I was thinking, 'How is this my life?' I mean, all of my idols were in one room and they were there for me -- and the open bar. And I had so much fun," she stated.

From DiCaprio busting moves on the dance floor to Keaton falling head over heels over a musician, DeGeneres's milestone party turned out to be a night to remember! 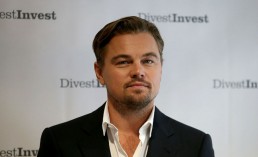 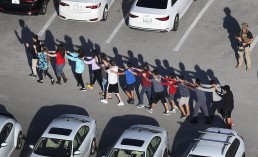 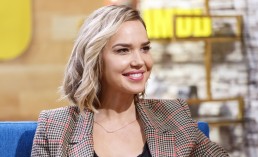