Rapper Safaree Samuels has again made some noise after his nudes leaked online, but his ex, Nicki Minaj, believes it's just for "publicity."

The internet had again exploded when the clip made the rounds on Saturday, which showed the naked tattooed rapper recording in front of a mirror. However, it seemed that Minaj did not find this entertaining. A close friend of the 35-year-old Anaconda singer revealed that she felt embarrassed for her ex, Samuels, for having to leak out his nudes to the public in order to gain attention.

"At this point she just feels a mixture of pity and embarrassment for him. Nicki feels like Safaree will do anything for publicity these days," the insider disclosed to Hollywood Life.

Additionally, the source said that Minaj would not be surprised anymore if Samuels actually did release his own nudes, as she had known that her 36-year-old former lover had actually been confident about his package. She and Samuels had dated for more than 10 years before ending their relationship.

The source added that it would not be a shocker as well if it were other people who had circulated the photos, citing his past actions. In the years he and Minaj dated, Samuels reportedly sent her obscene photos and videos.

Minaj and Samuels's relationship had become a media frenzy after they called it quits in 2014. In 2015, he revealed in an interview that it was the Trinidad-born who decided to end their love story.

He narrated how Minaj's career had taken a toll on their relationship. Samuels explained how he had become like an employee in her eyes.

Last year, the Paradise singer made some headlines again after making some claims about his former muse at The Wendy Williams Show. He alleged that he was never credited for Minaj's songs, which Samuels said he wrote "100 percent."

While Minaj did not find the act rather amusing, many people took delight of Samuels's not-so-little package. Overwhelmed fans took to the social media to make the buzz even louder. Most of them were impressed and felt sorry for judging the guy. To prove this, he had become a trending topic on Twitter.

Basketball Wives star Tami Roman gave her two cents on the matter when she said that nobody should be surprised, especially that Samuels was "from the islands! They usually be packing." Some shared gifs on the microblogging platform, explaining the real reason why Minaj had lasted with him for more than a decade.

Meanwhile, Samuels's Instagram account is still active, and his following had started to rise. He has yet to issue a statement about his nudes. 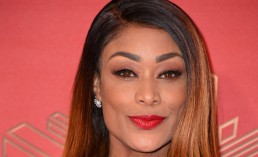 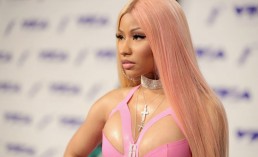 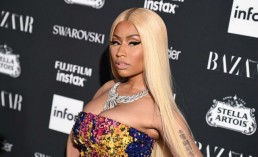