The Academy Awards are this Sunday. The entertainment industry is making last-minute adjustments for the most significant celebration of the year.

Seacrest Is Still In!

According to CNN, E! Entertainment Network has announced that media mogul and talk show host Ryan Seacrest will anchor the E! Entertainment News' coverage of the 2018 Academy Awards' arrival show. However, news of Seacrest's hosting is not sitting well for one high profile actress.

"I think this is the time to step aside and let someone of equal talent that is beyond approach to be in charge. It feels like the rules have changed, so people that are in dominant positions are taken by surprise. Now that someone is asking, do you consent? And we get to say no, people have to accept our no and step aside," said Bellamy Young to Variety.

On Monday, Feb. 27, Seacrest's former stylist Suzie Hardy accused the American Idol host of sexual misconduct. Hardy, who worked for Seacrest from 2007 to 2013, opened up to Variety regarding her working relationship with Seacrest and the acts that he allegedly performed on her. The single mother stated he aggressively pursued her and even let his assistant allegedly tell her that Seacrest fell in love with her.

"I didn't know how to deal with it. I really didn't. I was battling finally being in a decent financial position to breathe and be a mom, that I didn't have to be freaking out all the time, and then dealing with this infantile celebrity person who was testing me on every level and manipulating me and knew that I was in a vulnerable position," Hardy told Variety.

According to Hardy, as she continued to work with him, Seacrest steadily became more abusive towards her. From tripping her on purpose to hitting her in the buttocks to rubbing his erection on Hardy, Seacrest's alleged activities finally got to Hardy and she decided in 2013 to go to Human Resources. However, after she went to E!'s Human Resources department, they decided to terminate her position two weeks later.

Following Hardy's complaints, E! Entertainment Network ran a sexual misconduct investigation against Seacrest and found no sufficient evidence against the talk show host. Seacrest shared his thoughts in an opinion piece for The Hollywood Reporter, where he praised the women who came forward to start the Time's Up campaign and the #MeToo Movement forward. He also vowed to be an anchor to help women let their voices be heard.

"I absolutely want to be a part of the change, the progress, that is coming. My job is to listen. I will also ask questions and try to help voices be heard. My platforms...can be powerful conduits for change," wrote Seacrest.

Both ABC and E! are standing behind Seacrest as he faces a new chapter in his sexual misconduct allegations. Seacrest is expected to return to American Idol as it moved from FOX to ABC. Seacrest will join forces with Lionel Richie, Luke Bryan, and Katy Perry as they look for the next superstar. ABC stated that there would be no awful singers auditioning for the newest incarnation of the singing competition.

He is also waking up America with Kelly Ripa on the popular syndicated talk show Live with Kelly and Ryan. Seacrest officially became Ripa's permanent co-host on May 1, 2017. Seacrest also has been hosting Dick Clark's Rockin' New Years Eve since 2005. 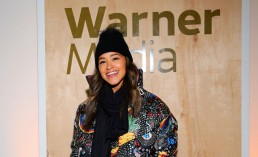 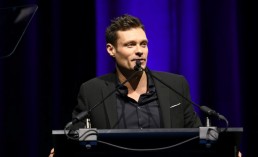 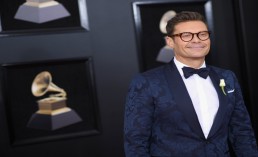