The United States of America is feeling sick. A plethora of flu viruses has hit the nation, and a lot of celebrities have not been spared

Ninety-five-year-old pop culture icon Stan Lee has revealed to his fans that he has been stricken with illness. TMZ obtained a recording of the comic book creator giving a health update regarding his lack of public appearances. According to the media outlet, Lee's message was recorded by one of his friends, Keya Morgan, and in the video message, he revealed what he was battling.

"I have had a little bout of pneumonia that I have been fighting. But, it seems to be getting better. I want you all to know that I am thinking of you. I always think of the fans, and I hope you are all doing well. I miss you all, I miss your enthusiasm," Lee told TMZ.

Lee went on to state that he missed receiving their gifts including their notes and photos. He revealed that he was grateful to share a supportive fan base with Marvel and Spider-Man. Lee also encouraged his fans to continue to provide him updates on what is going on in their respective lives.

The Marvel Comics creator ended the message with the hope that he would be better the next time that he talks to them, then added his signature catchphrase, "Excelsior!"

According to Entertainment Weekly, Lee was recently rushed to the Los Angeles-based Cedars-Sinai Medical Center. The comic book creator was complaining about having shortness of breath and heart problems.

Before Lee was sent to the hospital and was battling pneumonia, he was celebrating the success of the Marvel Cinematic Universe. He was present with countless actors and directors at the epic Marvel Studios event highlighting the first 10 years of the Marvel Cinematic Universe. Among the actors who joined Lee at the photo shoot were Robert Downey, Jr., Chris Hemsworth, Chris Evans, Scarlett Johannsson, Gwyneth Paltrow, Chadwick Boseman, and Tom Holland.

Lee is not the only celebrity who recently experienced health problems. One of Lee's longtime friends, Kevin Smith, has posted on Twitter that he suffered a massive heart attack. Smith revealed to his 3.33 million Twitter followers that he had to be rushed to the hospital following a performance of his one-man show, An Evening with Kevin Smith, on Feb. 25.

Meanwhile, talk show host Wendy Williams has suffered from multiple health setbacks. She announced on Feb. 21 that her doctor forced her to take a three-week hiatus from her talk show following her battle with hyperthyroidism and Graves' disease. Williams also had to cancel three show tapings after developing flu-like symptoms.

Omarosa Manigault Newman also faced a health scare when she participated in Celebrity Big Brother. She was taken to the hospital after suffering an asthma attack.

Enstars reached out to representatives of Stan Lee for a comment. 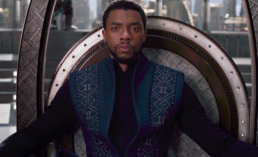 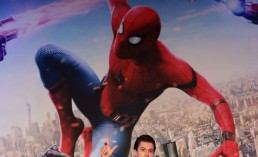