Spider-Man fans can breathe a sigh of relief. Your friendly neighborhood superhero may face off against his scariest villain this fall!

Peter Parker (Tom Holland) may be one of the Marvel Cinematic Universe's most requested heroes. Following his 2016 debut in Captain America: Civil War and his 2017 box office solo adventure, Spider-Man: Homecoming, fans have been asking to see more of Spider-Man.

However, true believers know that in almost every Spider-Man incarnation, there is a scary symbiote not far behind and whose goal is to turn the superhero's world upside down. When Sony announced that they would be bringing Venom back to the big screen in a solo film, fans were waiting to see if the veteran Spider-Man adversary would face off against his longtime nemesis.

While Venom's production team, Holland, and Marvel Studios leader Kevin Feige all have remained mum about the fact that Spider-Man will face off in the film, pop culture aficionado Jon Schnepp has stated that they have been keeping one massive secret from the fans.

"For the last couple of months, we've been hearing how Sony is keeping it all separated, and Spider-Man is in the Marvel Cinematic Universe, but every other character that's in the Spider-Man universe is separate. All I'm saying is that Spider-Man---and I'm talking about Tom Holland's Spider-Man -- is going to be in Venom," said Schnepp.

If Schnepp is correct with his proclamation, this will mark the first time that Spider-Man and Venom would face off on the silver screen in 11 years. The two archenemies squared off in 2007's Spider-Man 3, where they were respectively played by Tobey Maguire and Topher Grace.

If Holland's Spider-Man does not face off against Venom, fans can catch him join his fellow Avengers as they face off against Thanos in Avengers: Infinity War on May 4. Also, Jon Watts has been confirmed to direct the upcoming sequel to Spider-Man: Homecoming.

Whether or not Tom Hardy's Venom will face off against Tom Holland's Spider-Man, the iconic villain is building his universe.

The Venom production team confirmed that it would indeed follow in Deadpool and Logan's footsteps as Venom's first solo adventure will be rated R. Also, his universe could include classic Spider-Man characters such as Black Cat and Silver Sable. There have also been rumors that Venom's "son," Carnage, could be the villain that might face off against Venom in the film.

Venom is expected to hit the theatres on Oct. 5. 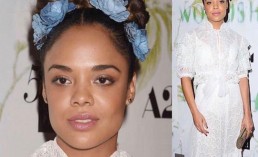 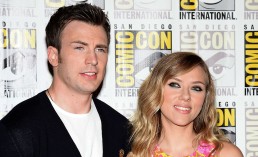