Avengers: Infinity War is one of the year's most highly anticipated superhero films. This movie will feature a plethora of Marvel Cinematic Universe characters.

Marvel Studios fans received some exciting news! Avengers: Infinity War will be moving its release date. According to the Hollywood Reporter, Avengers: Infinity War, which was scheduled to hit theatres on May 4, will now hit theatres on April 27. This move is expected to not only secure Marvel Studios an advantage in the box office race but also kick off the summer 2018 box office.

According to The Verge, Avengers: Infinity War's latest move could be due to a series of Twitter posts between Marvel Studios' social media manager and Iron Man himself — Robert Downey Jr. The pair began a Twitter tennis match of epic performances on March 1, when Marvel Studios asked a simple question to its 660,000 Twitter followers. The actor asked for a straightforward request.

"Any chance I could see it earlier?" tweeted Downey.

Marvel Studios confirmed the request and asked for April 27. Downey asked if he could bring some friends. The studio immediately tagged Chris Evans, Chadwick Boseman, Danai Gurira, Mark Ruffalo, Don Cheadle, and Anthony Mackie, and they also included a GIF of the characters running into battle. However, Downey decided to raise the stakes and asked Marvel Studios a bold request.

Then Marvel Studios tweeted the news that rocked the foundation of Marvel fans worldwide.

During the Super Bowl, Marvel Studios released a new trailer for the highly anticipated third sequel to the 2012 blockbuster film, The Avengers. The trailer featured Iron Man, Spider-Man, and Doctor Strange inside Thanos's (Josh Brolin) spaceship, while the Guardians of the Galaxy hung out with Thor (Chris Hemsworth), and Captain America lead a rag tagged group of Avengers and Wakanda military forces against Thanos's forces.

When Marvel Studios released the film's official synopsis, the studio revealed that the film would be "the deadliest showdown of all time." Avengers: Infinity War will focus on the Earth's mightiest heroes and their allies facing off against Thanos, who seeks not only Earth's destruction but also control of the entire universe. 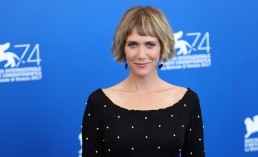 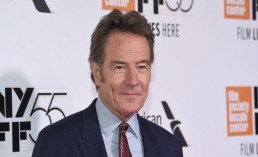 Bryan Cranston Announces That He Will Not Sign Autographs Anymore 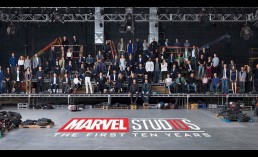 Brad Pitt, Jennifer Aniston Want Only THIS One Thing For Each Other