Fan-favorite actor and television icon Bryan Cranston has made a massive decision in regards to making his fans' dreams come true.

On Feb. 1, Cranston took to Twitter and made an announcement that broke some fans' hearts.

"Friends, after 18 years of signing everything for fans-I'm retiring," Cranston wrote.

The actor also stated that he was overwhelmed by requests and he was exhausted by the constant demand. The patriarch figure for both Malcolm in the Middle and Saban's Power Rangers still loves his fanbase and added that he would personalize pictures in person. Cranston also added that if they would take a selfie.

Some of Cranston's fans took to the social media platform to reflect on some of their favorite moments meeting with the actor.

"I have met you once and was way too nervous to ask for a picture or a signature-but we had a short pleasant conversation and you even asked my name," said one Twitter user.

Other fans posted selfies with the actor and stated that they were excited about the move.

Another group of fans compared Cranston's autograph announcement to Ringo Starr's infamous 2008 rant about announcing that he would not be answering fan mail.

However, some Twitter users were still confused about the announcement and asked if he was quitting acting altogether.

While Cranston prepares to for his selfies escapade, Breaking Bad fans hope that Cranston would reprise Walter White. The conversation intensified when the actor visited the set Breaking Bad spin-off Better Call Saul.   Despite Cranston's statement that there was a 'big possibility' that the beloved television character might make an appearance on the spin-off, show officials have not confirmed if Cranston is planning to film a cameo.

Cranston has also made some appearances in questionable box office films. While Cranston was well received as Zordon in the 2017 film Saban's Power Rangers, the film was panned by critics.

Another Cranston film, Why Him?, was also ripped to shreds by the critics. Why Him? Showcased the Emmy-winning actor facing off against James Franco, as the duo respectively portrayed potential father-in-law and son-in-law. Movie review website Rotten Tomatoes rated the film at 40 percent. 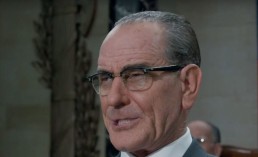 'All The Way' Trailer: Bryan Cranston Stars As Lyndon B. Johnson In New HBO Film [VIDEO] 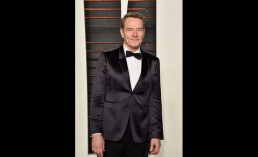 Simon Cowell Surgery: 6 Celebrities Who Could Temporarily Replace Him As Judge on ‘America’s Got Talent’