Now that Khloe Kardashian is eight months pregnant, there's only a few weeks left until she will give birth.

The Good American designer has continued to keep her fans abreast with all of the happenings in her pregnancy, but she has managed to keep one major detail a secret: the gender of her baby.

But the wait will soon be finally over.

On the upcoming episode of Keeping Up With the Kardashians, the gender of Khloe's first child will be finally revealed. Though fans are anxiously awaiting the big news, the pivotal moment has just become more special as BuzzFeed confirmed that her little sister, Kylie Jenner, would be the one to unveil the gender to Khloe, not her doctor.

In the last episode, titled "Trimester Trouble," Khloe visits her doctor and tells her that Kylie asked if she could be the first phone call when the doctor finds out the gender of her baby.

"I want to know why she wants to know so badly," Khloe said in the episode.

The doctor then tells Khloe that if given permission to call Kylie first, she will. Well, it seems that Khloe did.

In the teaser for the upcoming episode on Sunday, the 33-year-old asks her sisters Kim and Kourtney Kardashian if they want to know what she's having.

As previously reported, after rumors surfaced in September 2017 that she was expecting her first child with her boyfriend, Tristan Thompson, Khloe waited until December 2017 to confirm the news.

In an interview with Lorraine, the first time-mom explained that she believed it wasn't safe to say anything at first.

"Honestly, at first it's not safe to say anything and the doctor was like, 'I would just want to wait, for you.' So I was listening to doctor's orders," Khloe stated.

After getting the green light from her doctor, the reality star took to Instagram to share the news with her followers. Khloe posted a black and white photo of her and Thompson's hands around her growing belly.

After her pregnancy announcement, Khloe has continued to share photos of her baby bump.

On Friday, March 2, she shared a collage of photos on her Instagram. In the photos, the reality star could be seen wearing a blue midi dress with a cheetah coat and blue sneakers.

Is this official hint that she's having a boy?

Fans will just have to watch as Kylie reveals the news on Sunday's new episode.

Keeping Up With the Kardashians will air on Sunday, March 4, at 9 p.m. 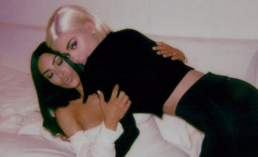 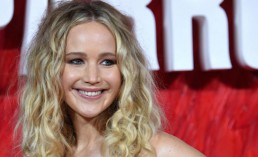 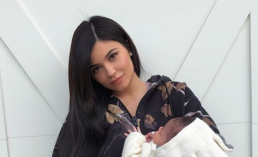