It's the moment that everyone has been waiting for. Khloe Kardashian will find out the gender of her baby with NBA star Tristan Thompson in the season finale of Keeping Up with the Kardashians.

Fans are secretly hoping this could be the moment that the mother-to-be will finally reveal if she and Thompson will welcome a boy or a girl.

The finale seems to be packed with a lot of pivotal moments. For starters, Kourtney, Kim, and Khloe take one last sister trip to San Diego before Khloe and Kim welcome their new babies. While on their trip, Khloe gets a call where she will find out the sex of her child.

"Do you want to know what I'm having?" Khloe can be heard saying in the quick teaser clip.

In addition to Khloe's announcement, Kourtney sits down with Scott Disick. Although the exchange between the two isn't disclosed yet, Kourtney mentions that they need to discuss some boundaries.

Audiences will also get a glimpse at Kim's surrogate. The said woman who carried her daughter Chicago West pays her a visit and will be introduced to the family.

As previously reported, Khloe will soon welcome her first child with her boyfriend and Cleveland Cavaliers Power forward. After not confirming or denying the rumors, the 33-year-old finally revealed her pregnancy in December 2017.

Khloe took to Instagram to share a photo, which showed Thompson's hands around her baby bump and wrote a lengthy caption expressing her excitement.

"I am so thankful, excited, nervous, eager, overjoyed and scared all in one! But it's the best bundle of feelings I've ever felt in my life," Khloe wrote.

Since the time Khloe confirmed her pregnancy, she has continued to speak candidly about the experience.

On Sunday's new episode of Keeping Up With the Kardashians, which premiered on Feb. 25, Khloe told Kim that she was considering eating her placenta after giving birth to her baby.

If Khloe fulfills the deed, she will be following in Kim and Kourtney's footsteps as the two had been vocal about doing the same when they gave birth to their babies.

The season finale of Keeping Up With the Kardashians will air on March 4 on E! at 9 p.m. 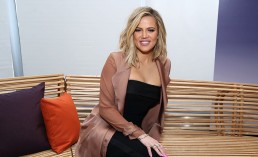 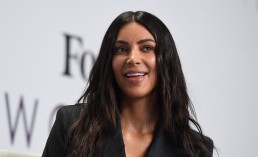 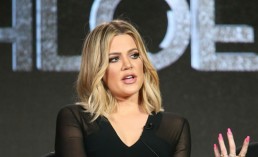