Actors and creators gathered in Los Angeles to celebrate film's biggest night: The Oscars. Since 1928, the Oscars have honored the best in the entertainment industry.

Jimmy Kimmel returned to host the Oscars for the second year in the row. In his monologue, the Jimmy Kimmel Live host acknowledged Envelopegate and stated the power of the Oscars. He zinged Mel Gibson's What Women Want and praised the Academy for expelling Harvey Weinstein, and as promised, he incorporated both the #MeToo Movement and the Time's Up campaign. Among the nominees that were mentioned in his monologue are Margot Robie, Timothee Chalamet, Christopher Plummer, and Meryl Streep. He also acknowledged the Parkland, Florida students' march on Washington. Kimmel also recruited Dame Helen Mirren, who surprised everyone as she modeled a $17,000 jet ski for the shortest speech.

The 90th edition of the Oscars had several moments including Oscar winner Eva Marie Saint who received a standing ovation from the Dolby Theatre audience, and when she presented the Best Costume Design award to Phantom Thread's Mark Bridges. She joked that she was older than the Academy.

After talking to Ryan Seacrest before the show, Mary J. Blige delivered a powerful performance of the Oscar-nominated song "Mighty River" from Mudbound.  The Academy of Motion Pictures Arts and Sciences thanked audiences for watching films over the past 90 years that include clips from beloved films such as Star Wars Episode V-The Empire Strikes Back, Harry Potter and the Sorcerer's Stone, The Shinning, and Casablanca.

Get Out's Jordan Peele received a standing ovation from the Dolby Theatre as he picked up his first Oscar award for Best Original Screenplay. Another fantastic moment was when singer-actress Keala Settle performed the groundbreaking hit, "This is Me," from The Greatest Showman. Settle delivered a moving performance of a song that captivated the entire world as an army of dancers and background singers motivated the Dolby Theatre audience to its feet.

Eddie Vedder paid homage to the creatives who passed away between the 2017 and 2018 Oscars with a moving performance of Tom Petty's "Room At the Top" during the show's "In Memoriam" segment. Emma Stone also gave Greta Gerwig a personal shout out when she presented Best Director. However, it was Guillermo del Toro who won the hearts of the nation when he accepted the Oscar award.

Jordan Peele, Get Out

James Ivory, Call Me By Your Name 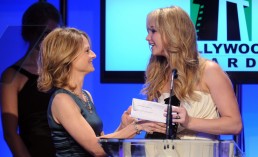 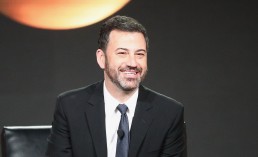 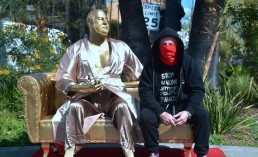