Jimmy Kimmel wants to clear the air and say he is going to address #MeToo and Time's Up campaigns in the upcoming Oscar Awards night contrary to reports he would not.

Kimmel found himself on a social media hot seat as netizens reacted negatively on Glamour's article. The article titled "Jimmy Kimmel Won't Mention the #MeToo or Time's Up Movements while Hosting the Oscars" stirred public attention against the host comedian.

In a related interview on ABC News on Thursday, Kimmel said he will not use the show to relive people's experiences on sexual abuse.

"[I]t's an awards show for people who have been dreaming about maybe winning an Oscar for their whole lives," said Kimmel.

"And the last thing I want to do is ruin that for someone who is, you know, nominated for, you know, best leading actress or best supporting or best director or cinematographer or whatever, by making it unpleasant."

A number of publications, including Glamour and HuffPost, picked up the story and interpreted that Kimmel will totally not discuss the movements during his hosting stint. To clear things out, the 50-year-old writer and comedian said that brief discussions of #MeToo and Time's Up will be part of the show.

Rebecca Keegan, reporter of Vanity Fair, followed up if Kimmel plans on raising questions or bits and pieces about the subject. The host responded, "I do, yes."

Keegan then tweeted that the Glamour article was intended to gain "inaccurate" clicks and harbor rage from the readers.

While Kimmel is known for his satirical approach on political and social issues, he remains active for advocacies such as gun control and health care.

In the wake of the Parkland school mass shooting in mid-February, Kimmel denounced conspiracy propagandists who claim that those who survived the shooting are actors.

"I have some bad news for you: you're crazy. You're a crazy person. Your brain is not functioning, and I'm worried about you," Kimmel said.

Prior to the tragic incident, Kimmel urged the lawmakers to finally deal with gun violence. He added that in dire times like this, he feels like it is "almost necessary" for comedians to address the issue.

In May 2017, Kimmel's newborn son underwent an emergency heart surgery, which led him to deliver an emotional monologue. He said that every parent should not be put into a position where they decide whether or not he can afford to save a child's life. 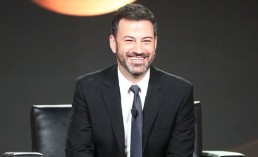 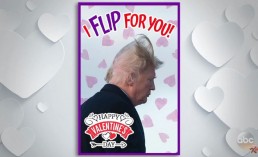