Michael B. Jordan's topless scene in Black Panther was too much to handle for a fan, who accidentally broke her retainers while watching the actor strip off his shirt.

The hilarious incident was revealed over the weekend when the fan's orthodontist took to his Tumblr to recall what happened. At the time he only mentioned that one of his patients came to his clinic asking for her retainers to be fixed because she broke it from watching Black Panther.

The orthodontist said his patient snapped the wire on her retainer after watching Jordan take off his shirt. She clenched her teeth so hard she snapped it.

"That is the f**king funniest s**t ever to me this tiny 17-year-old girl thirsting so goddamn hard she busted steel," the orthodontist wrote along with two gifs of Jordan.

On Monday, Twitter user @pixyrue identified herself as the patient mentioned in the post. The fan expressed her embarrassment over the situation and admitted that she is a little mad at her orthodontist for exposing her on social media.

Wait. That girl is me. That is my orthodontist’s tumblr. This is a post about me? I’m going to kill myself https://t.co/ErDqESPrWj — Sophia (@pixyrue) March 5, 2018

However, she also used the situation to get Jordan's attention.

"Can we get @michaelb4jordan to see this please," she wrote. Luckily, the Creed star saw her tweet. The 31-year-old Jordan felt slightly responsible for the incident so offered to help replace her retainers. The orthodontist, on the other hand, managed to glue the wire together during her visit.

.@pixyrue since I feel partly responsible for breaking your retainers ‍️ let me know if I can replace them — Michael B. Jordan (@michaelb4jordan) March 6, 2018

The fan, named Sophia, talked about her orthodontist and the hilarious incident in an interview with Teen Vogue. She took credit for making her dentist laugh.

"I always thought he was the coolest person, so to see that I had the honor of making him laugh was great," she said.

Sophia admitted that the social media attention is a first for her so she is still trying hard to keep up with the responses. She said the reactions have been "overwhelming."

"Now I'm just worried that I'll never say anything as funny as that story," she said.

At the time when the interview happened, Jordan has not yet responded to his fan's tweet. Sophia said she would not really know how to react if he does reply. She admitted that the idea of the Fahrenheit 451 actor seeing her post is already insane.

However, Sophia admitted that if Jordan does reply then she would take the opportunity to thank the actor and the rest of the Black Panther cast.

"If anything, I would want to tell him and the rest of the cast thank you for their impact, not only are they all incredible actors, but this movie is so important in terms of representation that I think that's all I could say," Sophia said. 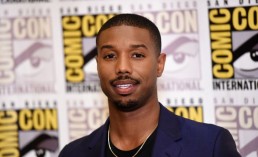 Twitter Is Highly Upset About Michael B. Jordan 'Supposedly' Dating Outside His Race 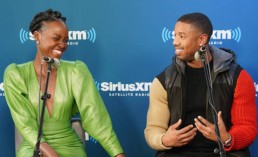