After securing a warrant, California police searched Heather Locklear's residence on Tuesday, March 6, looking for a gun days after her arrest.

Locklear was not present at the property when authorities arrived on Tuesday with a search warrant and rummaged through the premises looking for the weapon for several hours but did not find anything. The actress is currently undergoing treatment at a mental health facility.

The search was conducted days after Locklear threatened deputies who came knocking on her door on Feb. 25 after they received a domestic disturbance call from her brother after he saw her having a physical fight with her boyfriend, Chris Heisser.

"If you ever come back to my house I will shoot you," the Melrose Place star allegedly told the law enforcement officials when they arrived at the scene.

Authorities arrested the actress on suspicion of felony domestic battery in addition to three counts of battery on a police officer after she resisted arrest and became combative with the officials. Locklear was heavily intoxicated at the time of her arrest, according to authorities.

"She was immediately uncooperative," a law enforcement official told New York Daily News. "She started pushing and kicking when the deputies determined probable cause for the domestic battery and they were attempting to arrest her"

During the police investigation, officials found out that Heather had a handgun registered in her name back in 1985, which led to the search.

Locklear Vs. The Law

This isn't the actress' first run-in with the law. In 2008, Locklear was arrested and charged with driving under the influence in Santa Barbara, California after eyewitnesses reported that Locklear was behaving erratically.

Authorities ruled out alcohol as a factor, and it was later revealed that she was under the influence of prescription medicine. However, authorities dismissed the case in 2009.

In 2010, the Dynasty alum was arrested again for allegedly hitting a no parking sign while she was behind the wheel of her black BMW. She was also cited for misdemeanor hit-and-run as she left the scene of the crime without informing or notifying authorities.

In 2011, Locklear got into a physical altercation with her then-boyfriend, soap actor and singer Jack Wagner. The police visited Wagner's residence in Los Angeles, but no one pressed charges. 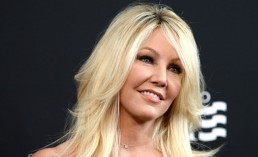 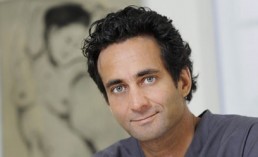