Two icons are set to collide as Madonna is reportedly joining forces with Kim Kardashian-West. The ladies will collaborate on a makeup line.

The superstar singer teased the collab with her longtime friend on her Twitter on Thursday morning, with the caption "When Worlds Collide." Makeup fans, understandably, went into overdrive with anticipation.

"Me too!" gushed Madonna, explaining it was one of the reasons she started her line.

The discussion also turned to serious skincare regimens and, apparently, this meeting sowed the seeds of a business partnership. As yet, details are sparse about their collaboration. When and what could materialize are still under wraps, but existing products might offer some hints.

What we do know is that the two stars will be hosting live lesson sessions entitled "MDNA Skin Meets KKW Beauty" together, in support of their respective lines, all week long on social media. As a warm-up, Madonna visited her MDNA SKIN Counter at Barneys New York to give gathered fans a beauty lesson.

Madonna launched her skincare line in the U.S. in 2017, featuring luxury products including a $600 rejuvenation set. Kardashian-West, on the other hand, kept her must-have makeup line more affordable with contour and highlighting kits retailing at $48 a piece.

KKW Beauty is hugely successful, selling out in a staggering three hours when it was first released to the public. It banked the multimillionaire star of Keeping up with the Kardashians an estimated $14.4 million just for those first few hundred thousand kits alone.

Kardashian-West was following in the footsteps of makeup mogul half-sister Kylie Jenner, with whom she collaborated with on KKW x Kylie Lip Kits. Those retailed for $45 apiece and sold out in minutes, banking the sisters a whopping $13.5 million total.

At the Spaces L.A. event, the two pop culture icons also discussed inspiration, products they're excited about, and how they met as a result of Madonna moving in with Kardashian-West's manager when she was much younger. Kardashian-West even walked Madonna's dog at one point. 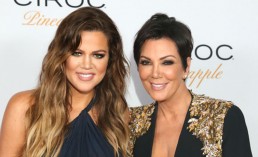 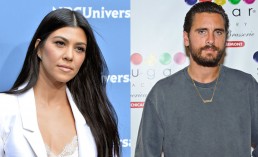 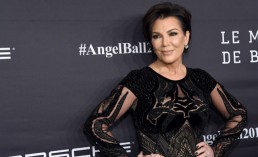