It's Women's History month and to celebrate, Kim Kardashian has debuted a new line of feminist Kimojis on her customized app.

On Tuesday, March 6, the Keeping Up With the Kardashians star took to her Twitter account to announce the launch.

The new Kimojis include words such as, "Nasty Woman," which is a reference to President Donald Trump's campaign dig at Hillary Clinton, "My Body My Choice" and "The Future is Nasty Nasty Nasty."

As always with everything Kim does comes controversy, so it is no surprise that the new Kimoji pack is receiving backlash.

Although the mother of three created the collection to promote female empowerment, several Twitter users weren't buying it. In fact, they bashed her for never claiming to be a feminist and also stated that her new emojis were a poor representation of empowerment; instead it was objectification.

the fact that Kim Kardashian did not identify herself as a “feminist” @ first and now does just blows my mind. the nerve of some people trying to get publicity..& her “kimojis” don’t do any justice lol. one of the many reasons why western feminism needs improving smh. — haneen (@haneen_sobh) March 8, 2018

Someone please inform Kim Kardashian that there's more to feminism than just being able to pose naked whenever you want. — Sharwama Huntress (@sharwamalover) March 8, 2018

The negative comments stem from the reality star's previous Kimoji characters which showed her on a stripper pole and even exposed her body parts. What seems to frustrate social media users more, however, is the fact that she's selling them for $2.99.

Although several people have stated that there is no way the beauty mogul is a feminist, Kim argued against those claims back in 2015. Kim explained that she doesn't need labels to make her feel what she truly is on the inside.

"I feel in my soul I am a feminist. I just don't need labels to make me feel or know what I am on the inside. Modern feminists are all the girls around us today," Kim remarked. 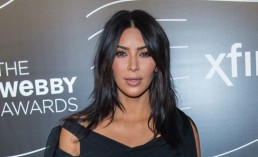 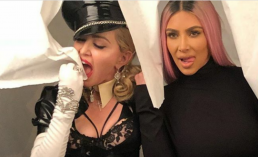 Madonna And Kim Kardashian Dish On Their Friendship And Beauty Secrets 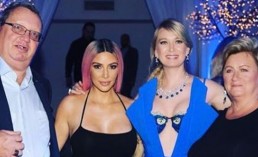