Courtney Love stepped out Thursday night to attend the Other Peoples Children launch event in Los Angeles and support daughter, Frances Bean Cobain, who has her painting on display at the art showcase.

The mother-daughter spent time together at the event, which debuted art and design of emerging artists, including Cobain's. The 25-year-old daughter of the late Nirvana frontman Kurt Cobain has one of her art on display at the event.

Cobain's painting, which she previewed on her Instagram page a couple of days ago, is a colorful representation of that time when she "accidentally drank Ayahuasca with a Cult in Encino." The seemingly bedazzled art shows a tiny figure of a woman with long hair surrounded by glittering colors of red, purple, yellow, and green.

"I'm glad she came out. It's really nice of her to support me," Cobain said of her mother attending the launch to support her and see the works of the other artists.

This one will also be on display and for sale. I call it “That time I accidentally drank Ayahuasca with a Cult in Encino (based on a true story)” A post shared by  Frances Bean Cobain (@space_witch666) on Mar 5, 2018 at 11:29pm PST

Cobain's painting is inspired by a tattoo that Love got while she was pregnant with her daughter. The American visual artist explained the meaning behind her art in an interview at the event.

"It's supposed to be her interpretation of what she thinks I'm going to look like when I was in her stomach, and it's horrible, terrifying," she said. The small angel-like character in the left corner of the painting is said to represent Cobain's reimagination of herself as a baby in her mother's womb.

"I tried to reimagine it from the perspective of imagining what I think she thought I would have looked like in the womb. It's a weird train of thought, but I tried to think from her perspective," Cobain explained.

Talking about her passion for drawing and painting, the Bard College student recalled her first foray into art in eighth grade when she became an emo kid. She would doodle on her desk and one of her favorite characters to draw was Milo, the mascot from The Descendents. That was when she realized her interest in creating fantastical images.

The launch of Cobain's painting comes weeks after she revealed to her social media followers that it has been two years since she was sober. Cobain expressed her goal to live a healthier lifestyle to promote emotional stability. The model struggled with addiction in the past, although she did not specify what addiction she struggled with. 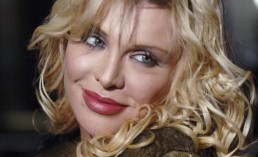 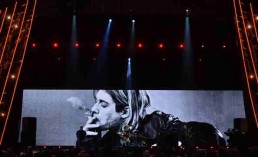 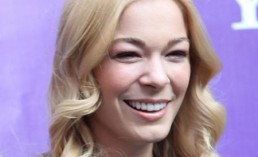