Gigi Hadid and Zayn Malik shocked fans when they took to social media to announce their breakup after two years of dating.

Back when they were going strong, they said lots of sweet things about each other and their romance.

They Loved To Netflix And Chill Together

Malik once said that while he and Hadid were very much in love with one another, he didn’t want to be a “power couple.” He said he and Hadid would both rather be a “normal couple” and cook together, binge-watch television, and “have a laugh.”

As for her favorite dishes from Chef Malik, Hadid said they were curry and buttered chicken. She had no shame in admitting that his British background was influencing her taste buds. She said she was falling in love with British foods like Heinz baked beans and “endless” tea.

Hadid once said their date nights often consisted of going to a late movie, even though Malik was known to fall asleep halfway through. It was clear the date nights happened pretty often because even though they never moved in together, Malik said they frequented one another’s places as much as they could.

While he played coy about what they called each other in private, he did say their nicknames for each other were “Gee” and “Zee.”

Their best friend status was clear to one another, and Hadid explained why their relationship worked so well amid their fame.

“For the first time, we are both in a relationship where we have very similar interests outside of work, and that is really important,” said Hadid. “We both feel we can talk about anything and learn a lot more from one another.”

They Let The World Know

Despite their celebrity status, the couple didn’t hold back from supporting each other publicly. Malik once told millions of his followers on social media how much he loved Hadid after she walked for a Tommy Hilfiger collection that she helped design for New York Fashion Week.

Hadid also commended Malik for his bravery and honesty on social media after he had to cancel a show after collapsing during his struggle with anxiety.

They once shared their secret of being able to make things work while the world was watching. Malik said his key was to simply focus on his romance with Hadid and “do right by her.”

He added that having a line between his career and personal life paired with her brilliance is what made them last for so long.

To the public's surprise, the two decided to go their separate ways after months of rumors that their relationship was on the decline. 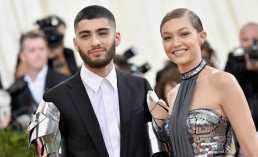 'Say It Isn’t So!' Gigi Hadid And Zayn Malik Split After 2 Years Of Dating 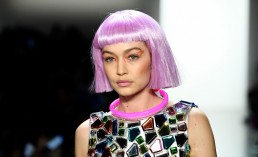 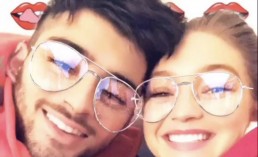