Versace is in the public eye once again, thanks to The Assassination of Gianni Versace: American Crime Story. Now, the fashion house is taking a stand against fur.

It has been 21 years since Gianni's murder. Following his untimely death, his sister, Donatella, has taken the opportunity to revive the iconic fashion house and change what it stands for, in keeping with the ever-changing modern sensibilities in fashion.

First and foremost, the creative director says the company is ultimately done using animal fur as a staple of their clothing. The user of fur in the fashion industry has drawn continuing criticism from animal rights advocates for so long.

"Fur? I am out of that. I don't want to kill animals to make fashion. It doesn't feel right," she said in a recent interview.

Still, fur products go up for sale on the company website when the interview first surfaced.

Animal rights group PETA heralded her move and shared an Instagram post in support of Donatella's decision. The group, however, urge her to also consider going leather-free next.

Gianni Versace was murdered at the age of 50 in Miami, Florida. Ryan Murphy's hit show chronicles the life of killer Andrew Cunanan, from his dysfunctional relationship with his father to his relation to the growing gay community at the time.

Donatella explained how Gianni's death forced her into a leadership role she had never anticipated, and that she wasn't quite prepared for it.

"One day happy, with nobody to answer to, except for Gianni on the creative part. From that, suddenly to be responsible for everything. And maybe I was not prepared," she explained.

The legendary fashion designer's strong religious faith rubbed off on his sister, however, as Donatella now finds strength in the church. She even played a significant role in a themed exhibition called "Heavenly Bodies: Fashion and the Catholic Imagination" alongside Vogue's Anna Wintour. It is opening on May 10 at the Met in NYC.

The highly-coveted Versace collaboration with H&M back in 2011 was seen by many as very Gianni-esque. A series of tribute shows were held in his honor for the 20th anniversary of his death. Murphy's show has also brought the conversation back around, even if the Versace family doesn't entirely approve its narrative.

FUR IS DEAD @Donatella_Versace stated that she'll no longer use animal fur in any of her designs — a HUGE step forward animals who are killed for fashion! PETA has been actively pressuring @Versace to go #FurFree since the '90s. A post shared by  Official PETA (@peta) on Mar 14, 2018 at 2:28pm PDT 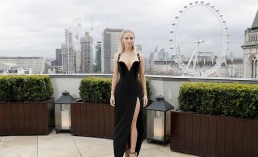 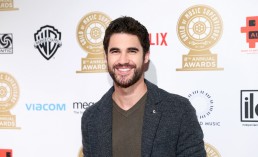 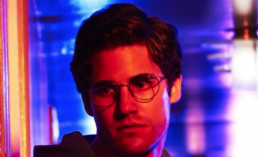