Teen Mom 2's Javi Marroquin revealed that he has decided to reunite with one of his old flames, Lauren Comeau.

Marroquin announced the news to Radar Online during an interview that was released on Thursday, March 15. The father of 4-year-old Lincoln Marshall Marroquin revealed that he was ready to give another chance to Comeau.

"I want to do things differently. I just want to enjoy it. She's the only girl that's been on no TV," said Marroquin to the outlet in a conversation transcribed by US Weekly.

Marroquin met Comeau at a wedding during July 2017. The duo hit it off and had a summertime romance. Unfortunately, the pairing called off their relationship. The major factor that pulled the couple apart was the distance. InTouch Weekly reported that Marroquin lives in Delaware, while Comeau calls South Carolina home.

Where Does This Leave Kailyn?

The news of Marroquin and Comeau's reunion comes several days after Marroquin's ex and Lincoln's mother, Kailyn Lowry, released a naked photo of herself on Instagram. Lowry revealed she is happy for Marroquin and has a special place in her heart for him, but is not taking him back anytime soon.

"Javi and I have the weirdest co-parenting relationship. It's up and down and nobody could possibly understand it. Not from TV. Not from a podcast, it's just that," said Lowry to InTouch Weekly.

Marroquin also agreed with Lowry and believed that it was better for them to find other loves. However, he also treasures the bond that he has with Lowry and her boys.

One woman that might have left a bad taste in Marroquin's mouth is Lowry's Teen Mom 2 co-star, Briana DeJesus. Marroquin dated DeJesus following his breakup with Comeau. Despite Lowry's warnings that DeJesus was using him, Marroquin continued to pursue a relationship with her. It was eventually revealed when Marroquin joined DeJesus in Miami in February that DeJesus had not gotten over her ex-boyfriend, Devoin Austin.

Marroquin realized that his priorities were not straight and left DeJesus in Florida as she was recovering from plastic surgery procedures. He also openly apologized to Lowry on Twitter and vowed to be a better father to Lincoln.

While he was dating DeJesus, Marroquin's relationship with Lowry was tested. Marroquin and Lowry participated in Marriage Boot Camp: Reality Stars near the end of 2017. The couple kept bickering all throughout the television show's filming process and had several on-camera blowout fights. 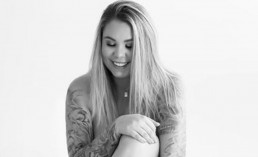 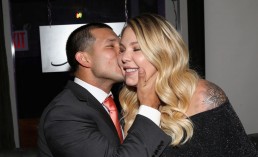 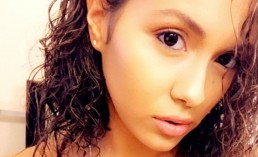