It's been a tough year for Rob Kardashian. But the 31-year-old celebrated his birthday in an appropriate manner; with young daughter Dream in tow.

The sock designer and sole Kardashian male celebrated turning 31 on social media with a sweet shot of his little one. The two were spending some quality time together on Rob's special day, while also getting into the St. Patrick's Day festivities as was evident by Dream's shamrock-themed filter.

"Happy birthday to me," Rob wrote simply as the caption for the pic.

He also shared a Snapchat of the little lady playing with a toy car, next to a bouquet of green balloons, with appropriately themed festive music playing in the background.

Fans were also quick to spot that the father-of-one, who's been struggling with his weight for years, seems to have finally managed to shed those pesky pounds. Rob looked noticeably lighter in another shot of him and Dream together, posted by older sister Kim Kardashian-West, to celebrate the big day.

"I love raising our kids together, you're the best dad and friend! Can't wait to celebrate today!!" she wrote.

Rob is wearing a traditional getup in the photo — his favorite blue LA Dodgers baseball cap, a black T-shirt, and sweatpants — and looks impressively slimmer than last time he was spotted out in public.

He's been decidedly absent from social media and public life since some well-documented issues with his ex, and mother to Dream, Blac Chyna, last year. The two broke up after months of fighting, and Rob was heavily criticized for publishing explicit photos of his ex online in an effort to punish her.

Rob subsequently deleted his Instagram account and was absent from the infamous Kardashian Christmas card last year. The two were engaged in a bitter custody battle but later came to an agreement after Rob made amends for his behavior and Chyna dropped a pending domestic abuse charge against him.

It seems things are much calmer between the two now, as the ex-couple look to be co-parenting quite well. Chyna even took to social media to wish Rob a happy birthday, alongside several key Kardashian ladies.

"Happy Birthday Rob from Dreamy and Chy," she wrote, alongside a photo of the three together.

Mom Kris Jenner shared a happy birthday message on Instagram, including a photo collage of the two throughout the years.

"You are the most wonderful son a mom could ever ask for and I thank God for you every day! It brings me so much joy to see the incredible father you have become. I am so proud of you!! Love, Mommy x #HappyBirthdayRob #ProudMama," she gushed.

It was reported last week that Rob's one and only wish for his 31st birthday was to spend it with his young daughter, so it's nice to see it come true for him. 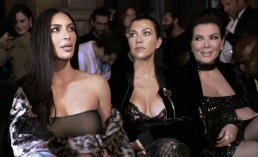 The Kardashians Give Back! The Reality Stars Donate $100,000 To A Youth Center In L.A. 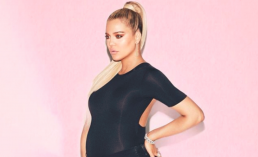 Fans Are Convinced Khloe Kardashian Will Name Her Daughter Rose 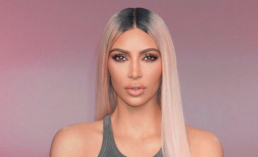