Justin Bieber is using any different distraction to keep him from being depressed about his latest break with his longtime on-again, off-again girlfriend, Selena Gomez.

The 24-year-old singer decided to participate in an intramural sports league near his California residence. Bieber was showcasing his soccer skills as he played the sport at the Bluff Creek Fields on Saturday, March 17. Bieber was photographed with a serious game face as he wore an Adidas jersey and flexed a calf muscle while kicking the soccer ball.

According to Entertainment Tonight, the "What Do You Mean?" singer helped his team score a significant win with two goals. The final score between Bieber's group, Churchome FC, and their unknown opponents was 8-3.

In addition to playing soccer, Bieber has also turned to several of his friends for guidance. Hollywood Life reported that he was seen supporting his friend, Patrick Schwarzenegger, at a premiere of his latest film, Midnight Sun. Many insiders believe that Bieber swooned over Schwarzenegger's co-star, Bella Thorne when he hung out with the cast at the film's after party. The videos featured Bieber engaged in several conversations with both Thorne and Schwarzenegger. They also showcased the "Despacito (Remix)" performer filming Thorne as she was performing a song at the Los Angeles club Avenue.

While Bieber rarely goes out to industry events, it was Schwarzenegger that convinced him to make an appearance. As Schwarzenegger wore a sharp and elegant navy suit with a white shirt, Bieber wore a long-sleeved black shirt with the phrase "Fear of God" on the back of his shirt. Also, he wore a ripped pair of athletic pants.

For the past few days, Bieber has been getting in better spirits following his latest 'break' with "Wolves" singer Selena Gomez. The Hotel Transylvania franchise actress has been debating whether to continue working in the entertainment industry. Gomez and Bieber's relationship since it restarted has to lead to the deterioration between Gomez and her mother, 13 Reasons Why executive producer Mandy Teefey. Meanwhile, fans learned that Bieber himself started to accelerate the timeline of his latest breakup with Gomez. He canceled his birthday plans with her.

Days before the 'break' between Bieber and Gomez was announced, he also showcased his physique to his 98.1 million Instagram followers with two shirtless photos. While the images showcased Bieber one with nature, several hardcore Jelena fans might have guessed that the "Sorry" singer was channeling Leonardo DiCaprio's Jack from Titanic. One of Bieber and Gomez's first dates was a private screening of the film when they watched it at Los Angeles' Staples Center. 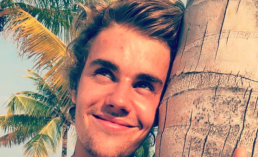 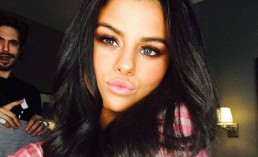 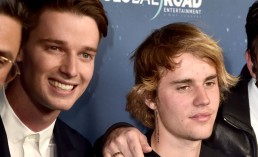