RLJE Films has released the teaser trailer for Terminal, the noir thriller from director Vaughn Stein and producer Margot Robbie, in which she is also among the main stars.

The trailer did not reveal anything spoiler-related or plot wise, although it gives fans a lot to look forward to. The preview gives a sense of dread as it opens with the sound of footsteps then zooms in on a woman walking down an abandoned room lit with candles on the floor.

"There is a place like no other on Earth. A land filled with wonder, mystery, and danger," the voiceover plays as viewers are introduced to three people at different places.

Aside from the suspicious woman, there is a well-dressed man who enters what appears to be an empty gym. Then there is another man walking with a limp carrying a bunch of keys. Then viewers see a glimpse of Robbie's character spying on three men talking and the screen changes to reveal a passing car with a couple of men inside.

"Some say to survive it, you need to be as mad as a hatter, which luckily I am," the female voiceover continues, as a final shot of a woman's legs, probably Robbie's, appears before the names of the cast pans out on the screen.

The trailer for Terminal teases an Alice in Wonderland-meets Blade Runner vibe, filled with suspense, mystery, and drama. The teaser is intriguing enough that viewers are giving it positive reviews.

"After watching I Tonya... The very thought of margot Robbie gives me goosebumps," one Twitter user commented, while another said, "Blimey! Glass half empty. I see wonder and fabness."

Terminal focuses on three characters. One is a curious waitress who leads a dangerous double life, which is probably Robbie's character and an enigmatic janitor, perhaps the limping man in the trailer. The third is a teacher battling a fatal disease.

According to the official synopsis, the film follows the twisting tales of two assassins carrying a sinister mission.

"Murderous consequences unravel in the dead of night as their lives all intertwine at the hands of a mysterious criminal mastermind hell-bent on revenge."

Aside from Robbie, other cast in the movie include Simon Pegg, Mike Myers, Max Irons, and Dexter Fletcher. Other producers are Tom Ackerley (I, Tonya), Josey McNamara, David Barron, Molly Hassell, Arianne Fraser of Highland Film Group, and Teun Hilte. Terminal opens in U.S. theaters on May 11. 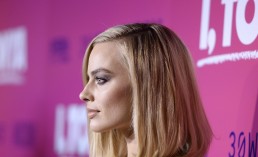 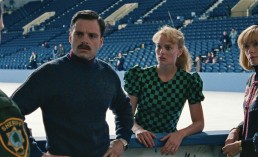 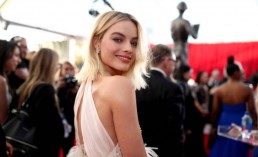