Hawkeye is the most underrated Avenger of all. This is why the fans did a poster highlighting the Marvel superhero.

A fan who probably was fed up on how the archer was treated showed just how much this character is sidelined by exerting a little more effort in making a poster solely dedicated to Hawkeye. The Avengers: Infinity War is set to be released in a few weeks and the Jeremy Renner-character is surely going to be there, as announced by the bosses.

However, fans quickly noted that Hawkeye wasn't present in the trailer and even promotional material, making them say that the character is the most underrepresented of all of the avengers in Marvel Cinematic Universe. The creator of the poster did not forget to say the obvious.

The poster definitely takes a jab on Marvel for missing out on Hawkeye. The art showed a silhouette of the character with a question mark on his body. To further solidify the statement, the title said, "Hawkeye: The Man The Avengers Forgot."

Additionally, the fan takes offense over Marvel's move for allegedly being shut about Linda Cardinelli, who plays Laura, Hawkeye's wife, and the Soul Stone/s on the film. The poster also calls for a confirmation that Renner's character would be in the upcoming Avengers film.

But, as mentioned, Hawkeye is going to be in the film, as the directors have already mentioned before. Though there is already an assurance, many are still worried about the archer's appearance in the film.

"The characters who are on Cap's side coming out of Civil War, some made certain decisions and others made other decisions that lead to different paths and them dealing with oversight in this movie in a different way. So, Hawkeye's on his own journey in this movie," Joe Russo said.

Indeed, the fans are taking matters into their own hand as this wasn't the first time they took their initiative to show their support for the least represented Avengers member. When the Avengers: Infinity War official poster was released, it was notably action-packed, but that it lacks Hawkeye.

A fan also made sure he gave Hawkeye a special treatment after he was amiss in the Entertainment Weekly covers. Renner reposted the mock fan-made front page on his social media accounts.

For the fans missing Hawkeye, they will just have to hold on to the directors' word and be hawk-eyed when watching Avengers: Infinity War on April 27. 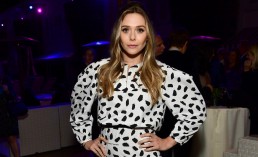 ‘Does This Look Like Me?’: Elizabeth Olsen Not Pleased With Retouched ‘Avengers’ Magazine Cover 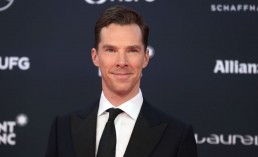 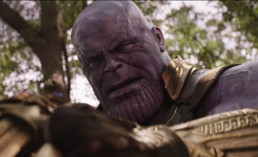