It's now confirmed! Peter Dinklage will be in Avengers: Infinity War, which just gives life to the rumors that had been milling for the past year.

The Game of Thrones actor has long been rumored of getting a role for Avengers: Infinity War, after news broke out that he was in negotiations last year. Lo and behold! Dinklage is now really going to be a part of Disney's Marvel Cinematic Universe.

However, this wasn't confirmed by the 48-year-old thespian himself. Fans of the actor had been on the lookout for any sign that he would be a part of the upcoming film, and as the Avengers: Infinity War trailer was released, fans sorely missed Dinklage.

A new poster became a silver lining. A small detail actually dropped the bomb for Dinklage. This was his name at the bottom portion, where some of the cast's name are located.

Eagle-eyed fans were quick to notice his name was sandwiched between Idris Elba and Benedict Wong, but one should consider the font size and color that can arguably become a pain to read. With this in mind, many are wondering, what role will Dinklage be playing in Avengers: Infinity War?

Although there is still no official word from the higher-ups, deductions can be made. First, it is important to note how Dinklage's name was situated in the poster. As mentioned, it is at the lower part, beside Elba who plays Heimdall.

This could mean Dinklage might be playing a minor or supporting role since all other lead stars' names are located up in the poster in bigger fonts. This is in contrast to rumors last year that he would be playing a major character in Avengers: Infinity War.

One of the heavily supported predictions was that Dinklage would be playing Pip the Troll. Fans quickly theorized this after the actor was spotted sporting a red mane, which was spot-on the troll character. If one thinks about it, dyeing hair as bright as red requires a big decision, and anybody would probably do this for a role, especially as big as this one on Avengers: Infinity War.

This was somehow supported by the newly released trailer. At 1:18, a seemingly small creature with red hair can be seen, though it was a blink-and-you-will-miss-it kind of appearance. Then a small green hand holds Thanos's big hand, and in the next frame, it would seem like the small creature and Thanos are walking hand in hand.

Dinklage could also play the King of Dwarves, Eitri, which is actually pretty realistic. Other fans are rooting for him to play MODOK, or Mobile Organism Designed Only for Killing.

It is interesting to note that the film is already star-studded, with Robert Downey Jr., Chris Evans, and Mark Ruffalo some of the big names. It would be nice to see how Dinklage's character would play out with the other cast.

Whether Dinklage would really be the troll or not, fans may have to wait a few weeks for leaks, or they can just wait till the movie hits theaters on April 27. 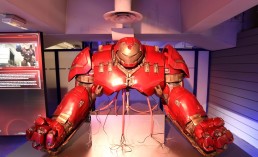 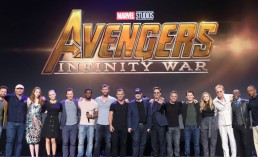 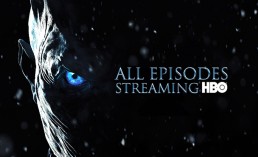