Cynthia Nixon has hit back at internet trolls who questioned her eligibility to run for New York governor because of her sexuality by adding "unqualified lesbian" to her campaign merchandise.

Nixon is using criticisms hurled at her candidacy into trendy merchandise items. The New York gubernatorial candidate is ripping a page right out of the Hillary Clinton playbook and turning insults into positive reinforcements for her campaign: she is now selling "Unqualified Lesbian" buttons on her website.

The buttons come in two colors: in blue and white background with white and black fonts, respectively. The merchandise sells for $5 each. Nixon took to her Twitter to promote the sales of her campaign merchandise.

Cynthia was called an “unqualified lesbian.” In her defense there’s a lot of paperwork required. Grab your button to support our campaign today.https://t.co/WPUKXqZpl3 — Cynthia Nixon (@CynthiaNixon) March 27, 2018

The slogan is a reference to a comment made by one-time mayoral candidate Christine Quinn. The former City Council speaker is a lesbian and a supporter of current New York governor Andrew Cuomo. She questioned Nixon's eligibility to run for governor and called her candidacy a "flight of fancy." She also slammed the Sex and the City star for supporting her opponent Bill De Blasio in the 2013 mayoral campaign.

It is worthy to point out though that Nixon does not identify herself as a lesbian. Instead, she considers herself bisexual and is married to a woman.

Quinn has since apologized for the remark. On her part, Nixon took the insult lightly and joked about it during her campaign fundraiser at the Stonewall Inn.

"I just want to say tonight that she was technically right, that I don't have my certificate from the Department of Lesbian Affairs — though in my defense there's a lot of paperwork required," Nixon told the crowd at the event.

The move proves that the Emmy-winning actress has a sense of humor just like former political aspirants Elizabeth Warren and former U.S. First Lady Hillary Clinton. They also used insults as campaign slogans: "Nevertheless, She Persisted" and "Nasty Woman," respectively. Clinton received the insult on national TV when she campaigned for U.S. president. 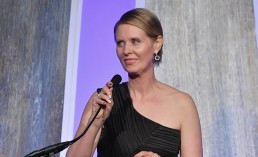 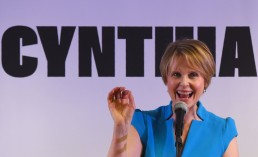 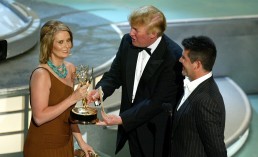