Expectant mom Chrissy Teigen has a random stranger to thank for saving her from being run over by a cyclist.

An amusing photo that had the model about to cross the street and a stranger behind her, which seemed to pop out of her body, had been making the rounds on the internet lately. However, there is more to this funny picture than it actually looks, as Teigen already made this clear in her tweet.

As luck would have it, Teigen actually credited the stranger that became the center of amusement in the photo, saying he owes him her life after the man helped her not get hit by a cyclist. If fans would have known the context, they probably would not poke fun at the photos.

One fan even expressed concern over Teigen, asking where was her security at that dire time when the stranger tried to touch her baby bump. To this, the Sports Illustrated Swimsuit model explained what actually transpired, which actually holds true the infamous maxim, "a picture is worth a thousand words."

"Nah he actually saved me from getting run over by a cyclist. I should have looked before stepping out!" Teigen pointed out.

Teigen was about to cross the street, and photos showed her stepping into the bike lane when a man stopped her. So the stranger was not at all a creeper, but a hero in plain clothes at that. Of course, fans who saw paparazzi photos, even those cropped out, are easy to judge on what was going on.

What the stranger did was a close call, especially that Teigen is pregnant with her and husband, John Legend's, second baby, a boy. The All of Me singer recently revealed that preparations for the upcoming arrival of the bundle of joy are yet to be done.

"We still have a little bit of work to do — we've got to get the new bedroom ready — but we have a few months to go," Legend shared.

Meanwhile, the uber active social media superstar has been keeping her fans updated on pretty much everything. Teigen recently joined in the horde of people who became interested in the Beyoncé biting controversy. She initially tweeted that she had an idea on who the mystery biter might be.

However, after confirming about the identity, she updated everyone and said that her guess was wrong. Fans kept asking her to name drop, though she said she was keeping mum on the topic. 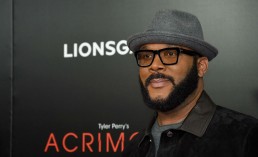 'I Know Who Did It': Tyler Perry Claims To Know Beyoncé's Mysterious Attacker 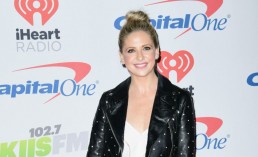 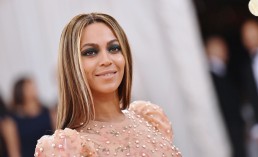