Apparently, Tiffany Haddish hasn’t signed that nondisclosure agreement for Beyonce yet as the actress disclosed what happened to the singer back in December.

Haddish revealed a woman bit Beyonce at a party, and the Beyhive is in an uproar as they accused famous actresses of being the culprit.

Sara Foster And Sanaa Lathan Did Not Bite Beyonce

Sara Foster and Sanaa Lathan are on the growing list of celebrities that Beyonce fans are convinced bit the singer. Foster took to Instagram to respond and made it clear that she has never been close enough to Beyonce to dig her teeth into her.

Flattering that anyone thinks I could get this close to Beyoncé.A post shared by  Sara Foster (@sarafoster) on Mar 26, 2018 at 11:47am PDT

Lathan also denied being the now infamous mystery woman who bit Beyonce. She laughed it off on Twitter and said if she ever did bite the singer, it certainly would not have been a bite that was meant to harm her.

Interestingly enough, even actress Chrissy Teigen said she knew who the woman was, and from her tweet, Teigen wasn’t surprised.

She then recanted her message and wrote that it wasn’t the woman she thought it was.

My initial guess was wrong. The real person? I *never* would have guessed. I’VE SAID TOO MUCH — christine teigen (@chrissyteigen) March 26, 2018

In true Teigen formed, she also made sure to let fans know it wasn’t her. “You know how much s*** I have said and done to famous people?? I had to verify with john it wasn’t *me*,” said Teigen.

The Beyhive Is On The Prowl

Meanwhile, the Beyhive is on the hunt to find out who the woman is. Check out their tweets below.

rt if you did not bite beyonce - we’re gonna process of elimination this investigation — tyler oakley (@tyleroakley) March 26, 2018

Amy Schumer bit Beyoncé y'all. I was at the party for a company. I saw her use her gnarly teeth and try a bite a piece out of the queen. — Kiara (@crispyalmonds) March 26, 2018

The only woman who would have the AUDACITY to BITE Beyonce is Jennifer Lawrence! She's a Leo sun with a GEMINI moon! #WhoBitBeyonce — Σωφρονία (@venusin12th) March 26, 2018

look me in the eye and tell me gwenyth paltrow wouldnt a)do drugs and b)bite beyoncé. you can't — hanz (@tayloraIbums) March 26, 2018

Smh i keep seeing this al over my to so I’m just going to ask...who in the world would want to bite Beyoncé? I’m Appalled, horrified, Sickened and unsettled with that though in my head rn — Mariahlynn (@MariahLynBoss) March 27, 2018

Haddish sparked the mystery during an interview with GQ. She detailed what happened when she and Beyonce were at a party together in December 2017.

“There was this actress there, that’s just, like doing the mostest,” said Haddish. “She bit Beyonce in the face.”

Haddish said she was one of the first to come to Beyonce’s defense and was ready to fight the woman. However, Beyonce tried to calm down. Haddish revealed Beyonce told her that the woman was on drugs and added, “she’s not like that all the time.”

Beyonce’s representative said she wasn’t aware of any woman biting Beyonce. Still, Haddish is sticking to her story that it happened.

This isn’t the first time Haddish has spoken on her interactions with Beyonce. She also dished out how Beyonce had to check a woman for getting too close to her husband, Jay-Z. Considering this, fans insisted Beyonce was referring to Haddish when Beyonce rapped that she was going to start making people sign nondisclosure agreements. 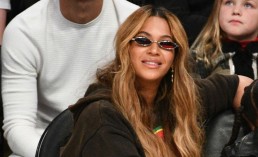 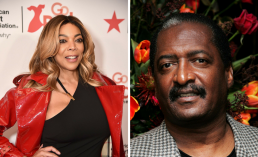 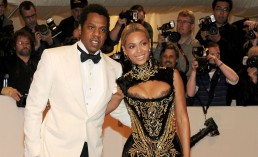