A harrowing expose reveals that Nickelodeon's Ren & Stimpy creator John Kricfalusi preyed on teenage girls throughout his career. The allegation comes from two women who opened up about their experience with the animator as teenagers.

At 16, Robyn Byrd became Kricfalusi's girlfriend and live-in partner after he established a mentor-mentee relationship with her after she sent him a letter about her interest to pursue animation at age 13. Byrd, now 37, recalled receiving gifts from the then-39-year-old Kricfalusi: boxes of toys and art supplies. He also helped her get her first AOL account and convinced her that he could help her become a great artist.

Soon after he established her trust, Kricfalusi started making personal visits. He visited Byrd at the trailer park where she lives in Tucson, Arizona. Then when she was 16, he flew her to Los Angeles where he showed her his studio and talked about her future. It was also there that Kricfalusi allegedly touched her genitals, as she lay frozen on the floor.

Byrd eventually interned at Spumco, Kricfalusi's studio and lived with him as his 16-year-old girlfriend and intern. She moved in with the animator permanently at age 17 after she graduated from senior high at a private school which Kricfalusi paid for her tuition. Byrd and her mother believed his promise that he could give her an animation career in Los Angeles.

"I made my dream come true," Byrd tells BuzzFeed and recalls that Kricfalusi once described their 25-year age gap as "romantic." However, she eventually left the creator in 2002 after she realized that his interest has drifted off to another woman, to 18-year-old Katie Rice.

Rice never had any physical relations with the Ren & Stimpy creator although remembered that he masturbated while he was on the phone with her. She also said that Kricfalusi wrote her flirty letters and in 2004, begged her to be in a relationship with him. Rice said the sexual harassment got worse when she worked from his home office.

She told Byrd through correspondence that he did bizarre things like waiting naked in his living room in the morning and walking around with his genitals hanging out of his pants. He also talked about raping her. However, Kricfalusi's attorney denied the accusation of sexual harassment and said the rape comment was a joke.

Tony Mora, art director at Warner Bros., tells the publication that Kricfalusi showed him a stack of polaroids of him and Byrd having sex. He also showed him other photos of Byrd naked in his pool.

Byrd said that Kricfalusi ruined a good part of her childhood and gave her PTSD. Meanwhile, Rice says that she owes becoming a better artist to the animator although wished she is not, so she would not have to talk about him anymore. 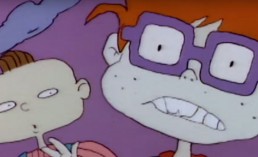 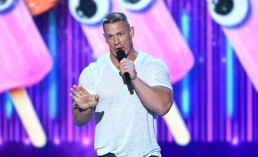 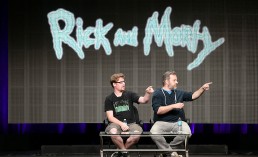